From Stuff: “In research yet to be published, Otago University associate professor Nevil Pierse has found that the most common interaction a homeless person has with the state is being prescribed anti-depressants.

Pierse followed 390 homeless people in Hamilton as they navigated the Government system.

The frequency of anti-depressant prescriptions, he says, was one of the most startling findings.

‘But if you think about it, from the system’s point of view, MSD [Ministry of Social Development] drives them to health and disability … And the GP looks at them … they’re homeless, but he can’t do anything about the housing … so he gives them what? What is the answer to the medical problem that’s caused by homelessness? You’re depressed because you’re homeless. Well, here’s an anti-depressant. It’s a bit facetious, and there are a lot of underlying mental health issues. But it is talking about a system that’s not working, wasn’t working.'” 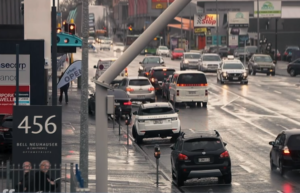