From The Washington Post: “Despite these shaky origins and the lack of grounding in medical science, this concept — of a febrile, agitated state often culminating in death — has persisted, advanced by law enforcement. The features of this purported condition, as listed by the American College of Emergency Physicians, betray its entanglement with law enforcement, including ‘bizarre behavior generating phone calls to police,’ ‘failure to respond to police presence’ and ‘continued struggle despite restraint.’ Several analyses have found that the majority of deaths attributed to ‘excited delirium’ are associated with the use of physical restraint. Some emergency-medicine doctors who are proponents of the diagnosis have been criticized for having conflicts of interest with the stun gun industry. And the manufacturer of Tasers has helped popularize this diagnosis to help attribute Taser-associated deaths to other possible causes.” 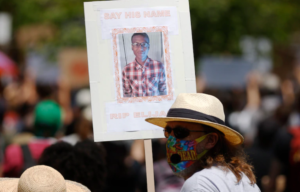