From Forbes: “What if mental disorders like anxiety, depression or post-traumatic stress disorder aren’t mental disorders at all? In a compelling new paper, biological anthropologists call on the scientific community to rethink mental illness. With a thorough review of the evidence, they show good reasons to think of depression or PTSD as responses to adversity rather than chemical imbalances. And ADHD could be a way of functioning that evolved in an ancestral environment, but doesn’t match the way we live today . . .

Taken together, the authors posit that anxiety, depression and PTSD may be adaptive responses to adversity. ‘Defense systems are adaptations that reliably activate in fitness‐threatening situations in order to minimize fitness loss,’ they write. It’s not hard to see how that could be true for anxiety; worry helps us avoid danger. But how can that be true for depression? They argue that the ‘psychic pain’ of depression helps us ‘focus attention on adverse events… so as to mitigate the current adversity and avoid future such adversities.’

If that sounds unlikely, then consider that neuroscientists have increasingly mapped these three disorders to branches of the threat detection system. Anxiety may be due to chronic activation of the fight or flight system. PTSD may occur when trauma triggers the freeze response which helps animals disconnect from pain before they die, and depression may be a chronic activation of that same freeze response.” 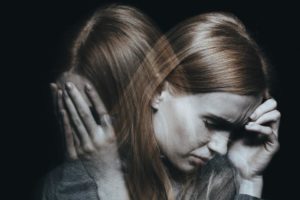