From AAIHS/Black Perspectives: “Wendy Gonaver’s The Peculiar Institution and the Making of Modern Psychiatry, 1840-1880 focuses on an institution then known as the Eastern Lunatic Asylum of Virginia to connect the scholarship on race and medicine with the literature on the origins of American psychiatry . . .

Gonaver argues that previous literature on nineteenth-century psychiatry has not thoroughly considered the role of slavery in shaping psychiatric discourse and the operation of psychiatric institutions themselves.

. . . Gonaver argues that in the Reconstruction period, asylum care for black patients became more punitive than it had previously been. Moral treatment was abandoned, and patients were forced to work on the asylum’s farm, which in some years turned a profit. The number of patients rose extremely rapidly, and the overcrowded institution, funded at lower rates than the state’s white asylums, functioned as ‘primarily a plantation operation’ (190). Like prisons, the asylum operated as a way to coerce labor from Black Virginians and as a means of ‘punishment for defying white authority’ (181).” 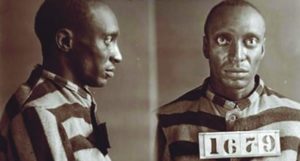