1: the science of mind and behavior

The word psychology was formed by combining the Greek psychē (meaning “breath, principle of life, life, soul,”) with –logia (which comes from the Greek logos, meaning “speech, word, reason”).

Following a regressive trend towards medicalized behaviorism in recent years (and in contrast to significant clinical evidence), the American Psychological Association (APA) is using its outsize influence as the sole accrediting body in psychology to propose substantial changes to educational requirements across the US. If successful, this would mean that clinical training at the masters, doctoral, and postdoctoral levels will be further pushed towards emphasizing the model of behavioral health.

The proposed changes can be seen here, and comments are being accepted until October 9, 2020.

Behavioral health is a brief, manualized form of talk therapy that focuses entirely on symptoms rather than the individual who has them. As the name suggests, it is largely founded in the principles of behaviorism and cognitive-behavioral (CBT) modes of psychological treatment.

While this approach can indeed be effective in specific instances and has a solid place among other intervention models, the danger inherent in the changes proposed by the APA is that behavioral health is increasingly being portrayed as the “gold standard” of psychological intervention despite so much evidence and over a century of clinical wisdom that points to the contrary.

Designed to fit psychologists into primary care teams in rapid-pace medical settings, the behavioral health model is structured more to fit the needs of the for-profit healthcare system and insurance companies rather than the needs and context of the individuals seeking treatment. With its total emphasis on what can be observed and manipulated in human behavior, crucial aspects of experience, including emotion and subjectivity, are viewed as a “black box” that behaviorism is uninterested in, and that CBT holds as subordinate to thoughts and behaviors.

Part of the reason why the APA promotes this model over others is that it reduces the definition of mental suffering to be small enough to fit into the medical research model responsible for a great deal of unwanted side-effects in psychiatric medicine: the double-blind placebo trial. While this scientific method has been profoundly effective in addressing diseases of biological origin, when applied to mental illness and other challenges of subjective nature, it has many pitfalls and potential biases.

Confirmation bias can manifest in health care practitioners only being interested in and responsive towards that which confirms what they already know. Unfortunately, the other side to this coin is the all-too-common experience of doctors’ disbelief, disinterest, or indifference to what falls outside of the frame of reference or their worldview—a source of profound frustration and injustice for many whose illnesses are inherently complex and have a subjective component that might not be observable through their behaviors or blood test results.

This is how Western medicine in large part fails to effectively respond to disorders with complex subjective components, including mental illness, lyme disease, Morgellons, extreme forms of tinnitus, and many others. With the exclusive promotion of the behavioral health model, it is in this harmfully limited worldview that the APA is intending to follow.

The solution is simple: the APA should do what psychologists are trained to do, and listen. Listen to your own constituency and patients, and promote greater inclusion and research of diverse psychotherapy modalities that take subjective factors and individual context into account. This is not only a no-brainer, the effectiveness of approaches that take subjective factors of mental suffering into account has been highlighted in clinical studies time and time again, including in the APA’s own journals.

Part of this relates to the intractable fact that the mind/body continuum is indeed a “black box” in that it is not fully understood, is deeply complex, and requires time, patience, and effort to even begin to understand. But where this should inspire humility and curiosity towards helping patients articulate their experience to provide compassionate and targeted interventions, it is all too frequently disregarded in practice. It is not enough to neatly reduce mental suffering to mere behaviors for doctors to manipulate or medicate patients out of—to only frame the mental challenges individuals experience as behaviors almost goes so far as to blame the victim.

Behaviorism for all doesn’t work for the same reason that overprescribing psychiatric medication for all doesn’t work—mental illness and human suffering do not simply fit in manualized, cookie-cutter models of diagnosis and intervention. By establishing standards of practice that mirror the foundations of psychology as a pluralistic discipline, reflective of and curious towards the subjective nature of human experience, we can avoid the grave mistake of clinical psychology serving a reductionist worldview that is indifferent towards crucial aspects of human difference.

Considering the blind confidence professed in the behavioral health model, you may be surprised that the data supporting its efficacy has been shown to be grossly exaggerated, and that the initially positive results in studies have been impossible to replicate.

Far from generating the predicted crisis that should have given rise to more reflection and interest in other approaches to treatment including humanistic and psychodynamic therapies, though, the APA has dug in its heels and is attempting to elevate behavioral health from one approach/intervention among many to the absolute standard of care of psychological practice, period. This gesture is an egregious act of confirmation bias, and betrays psychology, which should be the field dedicated to understanding and supporting the complexity of subjective human experience, especially mental suffering.

That the APA intends to ignore its own professed values, insult its constituencies, and engage in policies of dubious ethical consequence is sadly nothing new. Most troublingly, it was revealed in 2015 that the APA effectively participated in and bolstered the Bush administration’s ethical horror of systematic psychological torture against detainees who were denied legal representation and fair trial in secret prisons around the globe. For an institution still struggling to overcome the aftermath of having committed such a profound ethical crime, very much against its own standards and regulations, we should sincerely hope for, if not demand, more humility, atonement, and consensus building.

The APA must stop attempting to confirm and enact its biases through its position of outsize power, and better act upon its own principles and research towards fulfilling its responsibility in serving the needs of its constituencies. As the APA falters, psychology in the US fails to take a leadership role in working together with psychiatry, social work, and the counseling professions towards democratically engaging real solutions to address yet another raging pandemic that has continued unabated in these uncertain, precarious times—mental illness.

Instead, the APA is increasingly choosing to defer to a deeply flawed Western medical model that it should be critiquing, rewriting, and perhaps even helping to dismantle and rebuild. Exclusively promoting behavioral health represents a capitulation to a broken for-profit health care industry and flawed research models that are the very basis of a system that chronically fails to support those who need it most.

The current proposed changes professed by the APA are another dangerous step towards a psychology without a soul—this represents a troubling failure not only to the public it serves, but to the profession of psychology itself. 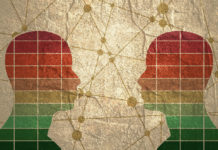