From ProPublica Illinois: “Two years ago, officials from the Illinois Department of Children and Family Services vowed to rescue the children they called ‘stuck kids’ — those in state care who had languished in psychiatric hospitals for weeks and sometimes months after doctors had cleared them for release because the agency could not find them proper homes.

But children continue to be held at psychiatric hospitals long after they are ready for discharge, a practice our reporting showed leaves them feeling isolated and alone, falling behind in school and at risk of being sexually and physically abused during prolonged hospitalization . . .

‘There’s not a whole lot that tells a kid you don’t matter [more] than keeping a kid locked up in a psychiatric ward for no reason whatsoever other than there’s nowhere to place them for months on end,’ [Cook County Public Guardian Charles] Golbert said.” 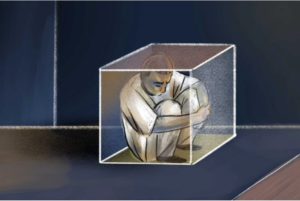