LAUNCH OF PETITION CALLING FOR INDEPENDENT REVIEW OF ELECTROCONVULSIVE THERAPY

Electroconvulsive therapy (ECT) is still given to about 3000 people a year in the UK, predominantly women and older people. On Wednesday, October 14th, a group of 40 experts (including psychiatrists, clinical psychologists, researchers, ECT patients and family members), are launching a parliamentary petition. It is headed by Dr Sue Cunliffe, who has received ECT herself, and calls for the government to:

‘Set up an independent review into electroconvulsive therapy (ECT) practice’.

‘We urgently need an independent Cumberlege-style review into the practice of ECT. …Significant numbers are left with irreversible memory loss and brain damage. I am a former paediatrician, unable to work since receiving ECT.

There is no agreed consensus supporting its use, and some patients have been misinformed about the risks.

Monitoring for adverse effects can be ineffective, reliable information on outcomes and follow-up is limited, and some ECT clinics are unaccredited. ECT patients have been denied redress for damage, and rehabilitation for their impairments.

We need a review to hear their voices, and give them acknowledgement and justice.’

The call for an enquiry is supported by several government and opposition MPs, including Shadow Mental Health Minister, Rosena Allin-Khan, and several mental health organisations, including:

In July, the 40 experts wrote to Matt Hancock, Minister for Health & Social Care:

‘Following the publication on 8.7.2020 of the Independent Medicines and Medical Devices Safety Review led by Baroness Cumberlege, we call for a comparable and urgent review into the practice of Electroconvulsive Therapy (ECT).

‘Most of us have been campaigning about this issue for many years. We have received no official acknowledgement of our serious concerns, let alone action on the numerous failures of clinical practice, informed consent, governance, and sound evidence for the use of ECT. As a result, the ECT recipients among us have been left with severe psychological trauma and lifelong impairments to their cognitive functioning, along with a range of other consequences such as visuo-spatial difficulties, seizures, cardiovascular problems, and the loss of precious memories of family, friends and significant personal events.’

Dr Lucy Johnstone, one of the signatories, commented:

“We are delighted to have received such widespread support. We are determined to ensure that a review of this outdated and often damaging practice does take place.”

The campaign information, letters and blogs can be found here. 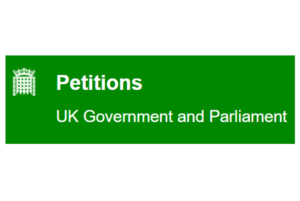