From The Washington Post: “Finding a way to live has never been a sure thing for Black men in America, who are taught from an early age that any misstep could lead to a prison cell or a coffin. They have higher rates of hypertension, obesity and heart disease, according to the Centers for Disease Control and Prevention. They are twice as likely as White men to die of a cocaine overdose, twice as likely to be killed by police and, in Floyd’s age group, 10 times as likely to die of a homicide.

Public-health researchers and scientists once held that these disparities were the result of poor choices — bad diets, lack of exercise, being in the wrong place at the wrong time. But experts are increasingly pointing to another culprit: systemic racism. Being Black in America, they have found, is its own preexisting condition . . .

‘When opioid use started rising in White communities, the image of a drug user became the “accidental addict,”‘ said Samuel Roberts, a Columbia University professor who studies the history of harm-reduction programs. ‘But that was no different than how Black people got involved in drugs. They don’t go out there intending to complicate their lives, but I think that shows how we’ve been thinking about mental health in the Black community.'” 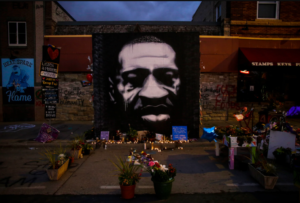