From NBC News: “Athenahealth, a technology company that creates practice management software for health care providers, published research in May, drawing on data from its customers, that showed an increase in patients ages 13 to 17 who received new diagnoses of ADHD. From the week of March 9 to the week of March 30, the proportion of visits by teenagers that involved first-time ADHD diagnoses rose by 67 percent. There was a similar spike among teenagers — particularly boys — who received prescriptions for ADHD medicines for the first time.

The cases also seem to have picked up in recent months, said psychologist Keith Sutton, director of the Bay Area Center for ADD/ADHD. He said he had a ‘sharp increase’ in inquiries during the fall . . .

‘I’m watching kids who used to love school become unenthused and unmotivated,’ said [Dr. Jenny] Radesky, who said she was worried about the long-term impact of virtual learning. ‘They need the social environment at school to learn how to regulate themselves. Without that, they are really struggling.'” 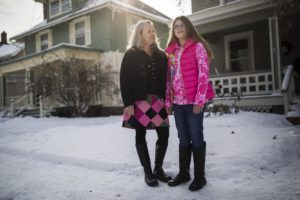