From Benzo Brains: “When you’re broken, it’s too hard to carry both yourself and others. And by carrying I mean with your words, whether in explaining, pleading or arguing. One crucial part of us that is severely shattered is our energy. As researcher and professor emeritus Robert Raffa explains in our interview, benzodiazepine syndrome affects the production of ATP. Similarly, other researchers have discovered the same to be true for fluoroquinolone injuries, and I’m sure the same could be said for psychiatric medications in general. For anyone who forgot their high school biology, ATP is how your body creates ENERGY—ENERGY for every single metabolic process from breathing, to digestion, to walking up a flight of stairs. When you have a benzodiazepine-induced injury, you lack the energy to do all the things you normally would. For some (like me when I was in withdrawal and recovery), even speaking requires too much energy. It took me every last ounce of ATP I had to simply survive day by day as my body struggled to piece the bits of myself back together that had been blown apart by the pervasive injury to my brain and body.

More than this, due to my iatrogenic brain injury, I had great difficulty following a coherent thought through to its conclusion, much less stringing that thought together into a coherent sentence. So imagine me trying, not only to understand what was going on with my brain and body, but then trying to explain that to others… it was pretty pathetic! Now that I’m older and wiser, I advise others travelling down this road to save their energy for the journey. The destination is often farther than we think. Little detours off to the side to explain why we are where we are, why we aren’t where they are, and why we haven’t reached the finished line yet is exhausting, to say the least. And more often than not, it’s a waste of time.” 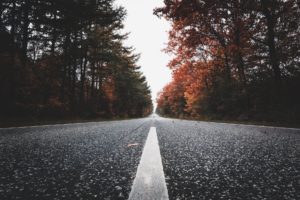