An article by the multicultural feminist psychologist Lillian Comas-Díaz, published in the most recent volume of the Journal of Latinx Psychology, explores how the legacy of colonialism continues to affect the Afro-Latinx community and suggests that decolonial, antiracist and liberation approaches to psychology can be used to address the needs of this population.

“Indeed, colonization promotes the colonized systematic self-negation and disconnection from their original roots, resulting in pervasive identity conflicts. Unfortunately, the negative effects of colonization continue during post-colonization, whereby this legacy promotes discrimination based on the intersection of race, class, gender, and sexuality, one that affords power to privileged White groups over disenfranchised racial minority groups.” 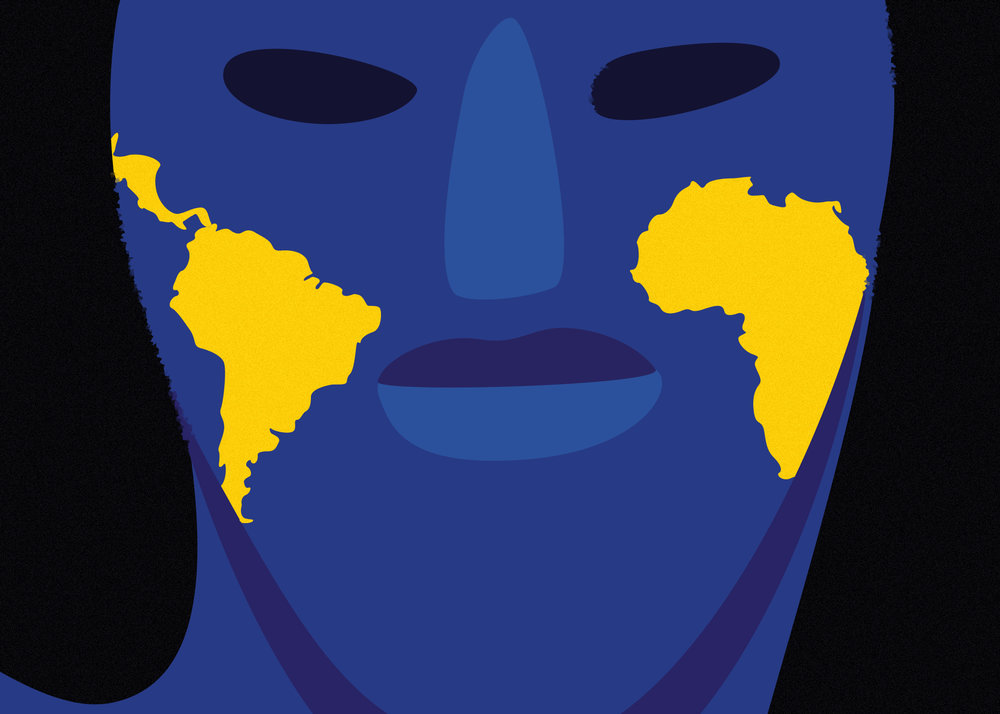 Colonial Mentality is the internalization of oppression during and after colonization, where the colonized come to believe in their ethnic, racial, and cultural inferiority. This comes with a set of consequences.

First, those who develop a colonial mentality desire to be like the colonizer and separate themselves from their culture and history. They often avoid getting tans (as to avoid darker skin due to colorism), dislike their natural hair and other bodily features, uphold White European beauty standards, seek out lighter-skinned individuals as romantic partners, and are more likely to suffer from impostor syndrome. Furthermore, they express hostility and aggression against Black and other people of color. As a result, those who develop a colonial mentality seek assimilation into the White culture and become separated from their communities, culture and are ambivalent about their own identities.

“By failing to center Black Latinxs, we perpetuate ill-informed paradigms of Latinidad as racially homogonous and color-blind,” Comas-Diaz argues. “Such a continuation of anti-blackness threatens our AfroLatinx siblings while hindering our collective ability to heal from the wounds of colonial mentality.”

But Colonial Mentality is not the only psychological consequence of colonialism and coloniality. Latinxs and AfroLatinxs struggle with Post-Colonization Stress Disorder (PCSD), a combination of feelings, thoughts, behaviors, and bodily symptoms. PCSD is developed through continuous exposure to systemic oppression and racial micro-and macroaggressions. PCSD differs from PTSD as it is understood as a normal reaction to the ongoing stressors related to living within a racist sociopolitical context.

AfroLatinxs face discrimination and rejection from many fronts. Their ethnic and racial complexity often goes unacknowledged as they feel pressure to identify within the United States’ Black/White racial binary or to identify as either Black or Latinx. As previously mentioned, Latinx people often adopt colorblind beliefs while engaging in racism against AfroLatinxs. African Americans also disregard AfroLatinxs Latinidad and interpret their identification as Latinx as internalized racism. When identifying as both African and Latinx, AfroLatinxs can become targets of xenophobia.

Amidst these struggles, AfroLatinxs have found ways of understanding their ethnic and racial complexities and confronting the psychological consequences of their oppression. The author identifies the development of triple consciousness, whereby AfroLatinxs can reflect on and integrate their Latinidad with their African and Native ancestries. By integrating their cultural and historical roots into their identities, they become empowered, increasing their self-esteem, positive self-regard and protecting them against racism’s psychological effects.

According to the author, the development of AfroLatinx identity has taken different forms, such as forming different groups, spaces, and practices. For example, diasporic Puerto Ricans formed the Young Lords – inspired by the Black Panthers – who focused on decolonization, self-determination, and social justice practices that were antiracist and antipatriarchal.

AfroLatinxs also participate in artivism or art in the service of social justice. This has taken the form of music composition (e.g., bomba, plena, habanera, salsa, samba reggaetón, hip hop, jazz, and other forms of music), poetry, and even the creation of AfroLatinx superhero comics. Art can have important contributions to psychological life, as having positive self-images provides validation and support for revolutionary identities and improves self-esteem.

However, for Comas-Díaz, this does not go far enough. She writes:

“We need more than positive role models to address oppression and racial trauma. To dismantle coloniality and heal racial trauma, we require decolonial, antiracist, and liberatory healing approaches in research and practice. Moreover, these approaches must be grounded in a larger context that centers the revolutionary identities of AfroLatinxs while uprooting the ethos of anti-Blackness that permeates our research and practice.”

Regarding research, AfroLatinidad can be addressed by including “Latinx” or “Hispanic” in the discussion of people’s origins, analyzing the experience of various subgroups to understand the role of intersectionality in different Latinx groups. By including racial and ethnic identities, psychologists can better understand how race and racism affect identity formation development.

In terms of psychological practice, Comas-Diaz calls for a holistic approach that attends to AfroLatinxs “soul wound” and racial trauma. The first step of this proposed holistic approach is decolonization. This begins with the acknowledgment of colonial trauma.

Comas-Díaz proposed various steps for the acknowledgment and healing of this trauma. First is grieving by identifying “the hurts that we have endured.” Then comes apologizing for the hurt we have caused the other experience. Third is listening or acknowledging the wisdom and knowledge of people exploited by the colonial system. Fourth is relating or engaging in cultural humility. Fifth is representation or the taking up of spaces for participation. The sixth is investing or including people from marginalized groups in decision-making. Seventh is repairing or the use of psychology to heal the suffering of those who hurt and prevent others’ hurting. Finally, there is solidarity and working toward racial equity.

A clinical approach that addresses racial trauma among AfroLatinxs should aim at psychological decolonization alongside the reformulation of ethnoracial identity, the promotion of personal transformation, and the fostering of sociopolitical consciousness. This includes assessing the persons’ presenting concerns, emotional stabilization and desensitization, reprocessing of negative experiences, and finally, engaging in social justice action. Therapists should also highlight and foster the person’s strengths and virtues through creative expression and reconnect them with their sources of empowerment.

Finally, reconnecting with their indigenous spiritual beliefs (e.g., Santería, Candomble, Umbanda, Espiritismo, and Santerismo) helps AfroLatinxs cope with racism. Spirituality can serve as a moderator between racial stress and symptoms associated with “mental illness” by promoting posttraumatic growth. Spirituality can also foster critical consciousness, identity development, and engagement in sociopolitical action. Still stigmatized in many Latinx countries, these forms of spirituality had been suppressed during colonization and had to disguise their gods through Christina images.

These Afrocentric spiritual practices center the lived experiences of AfroLatinxs, validate their emotions, and connect them to their roots, histories, cultures, and knowledge. They also promote liberation within their spiritual development, offering resistance, affirmation, connection, hope, and agency.

Comas-Díaz’ work is important as Afro-Latinx issues have been neglected in psychology and Latinx culture. Latinx groups in the United States and the Americas have often denied racism due to discourses of mestizaje – or the assumption that all Latinxs are mixed-race. Thus they cannot enact racist beliefs and actions against darker-skinned Latinxs. Additionally, some psychological approaches that center around Blackness and anti-racism fail to attend to AfroLatinx people’s particularities.

Latinx psychological research should address the intersections between Latinidad, race, gender, socioeconomic status, and colonial history to make sense of how colonial mentality, PCSD, and other forms of suffering affect the diversity of Latinx and AfroLatinx people. Additionally, psychological practice should engage in decolonial praxis that promotes a critical consciousness, the reconceptualization of identity, personal transformation, and sociopolitical action.