From MindFreedom: “Last year, we issued a Shield alert for Charles Helmer, 21 years old, when he was locked up at Regions Hospital in Minnesota. Thanks in part to his mother’s advocacy and Shield members who wrote letters and made calls on his behalf, he was discharged to his mother’s care and the shock stopped, at least at that time.

Today, Charles Helmer, now aged 22, is activating his Shield again. While being detained at Fairview Riverside Psychiatric Clinic at the University of Minnesota, he was involuntarily committed. Today, after being discharged, he is court-ordered to live in a group home and report, once every two weeks, for shock ‘treatment’ starting Friday, March 26. Charles has committed no crime and is not a danger to himself or others. He asks for your help in protecting him from ECT.

Notably, the facility where Charles was recently confined has some serious issues. In 2018, two federal lawsuits were filed against Fairview hospital as a result of patient rights violations. To view local media coverage of these lawsuits, click HERE.

For more details about Charles’ story click HERE or go straight to actions below. There is no time to waste:

Please help us protect Charles by taking one or more actions!

Demand that the staff at Fairview Mental Health Clinic- stop subjecting Charles Helmer to harmful shock against his will.

Write to the Governor of Minnesota: (remember to send a copy to [email protected])

Call the Governor of Minnesota

Media Action Alert: Submit a letter to the editor of local newspapers

Submit Letters to the Editor to the Minnesota Daily by emailing [email protected]. Note: All letters must include the writer’s name, address and phone number for verification. All submissions should be exclusive to the Minnesota Daily. The Daily reserves the right to edit all letters for style, space, libel and grammar. Letters to the editor should be no more than 500 words in length. The Daily reserves the right to print any submission as a letter or guest column. Submission does not guarantee publication. 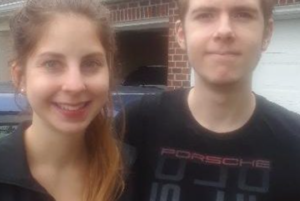