From The Daily Mail: “‘ECT is archaic and barbaric,’ [Jacqui Quibbell, an ECT patient, said]. ‘It’s given to people in the most vulnerable circumstances when they’re not able to understand what they are consenting to.’

Jacqui’s experience is backed up by the startling results of a Freedom of Information request to hospital trusts for a copy of their ECT patient information leaflet.

This audit, published exclusively in the Mail, revealed that the leaflets — including one produced by the Royal College of Psychiatrists — contained at least one inaccurate statement about the safety and effectiveness of ECT, such as there being no risk of long-term memory loss.

As a result, patients were not able to give fully informed consent to the controversial treatment, the researchers behind the audit say in their report, published in the journal Ethical Human Psychology and Psychiatry.

. . . The audit, published today, showed that more than half of the trusts (51 were contacted, 36 responded) used leaflets with seven or more inaccurate statements, and failed to provide a full picture of the risks. For instance, they wrongly claimed that ECT could correct brain function abnormality — John Read, a professor of clinical psychology at the University of East London, who led the audit, says no research has shown this.” 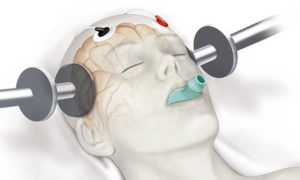