A recent review published in the American Journal of Psychiatry examined characteristics of the social environment with outcomes across the psychosis continuum, from psychotic experiences to schizophrenia.

Informed by the Social Determinants of Health (SDoH) framework, this narrative review focuses on risk factors within neighborhoods, trauma at both the collective and individual level, and complications experienced during perinatal periods. These three factors reflect social and environmental conditions that correlate with psychosis risk and are largely shaped by structural racism.

By describing how the legacy of structural racism has led to consequential racial inequities in environmental conditions, the authors offer a model linking structural racism with psychosis risk and recommend that the field of psychiatry devote more efforts to addressing this linkage in funding priorities, training, and intervention development.  The authors, led by SUNY psychology professor Deidre Anglin, write:

“Our review of the U.S.-based literature on social determinants reveals a pattern of racial disparities in established risk factors for psychosis. That racism has historically structured U.S. societal systems means that the neighborhood and social context may hold a significant portion of the relative contribution of risk for psychosis.” 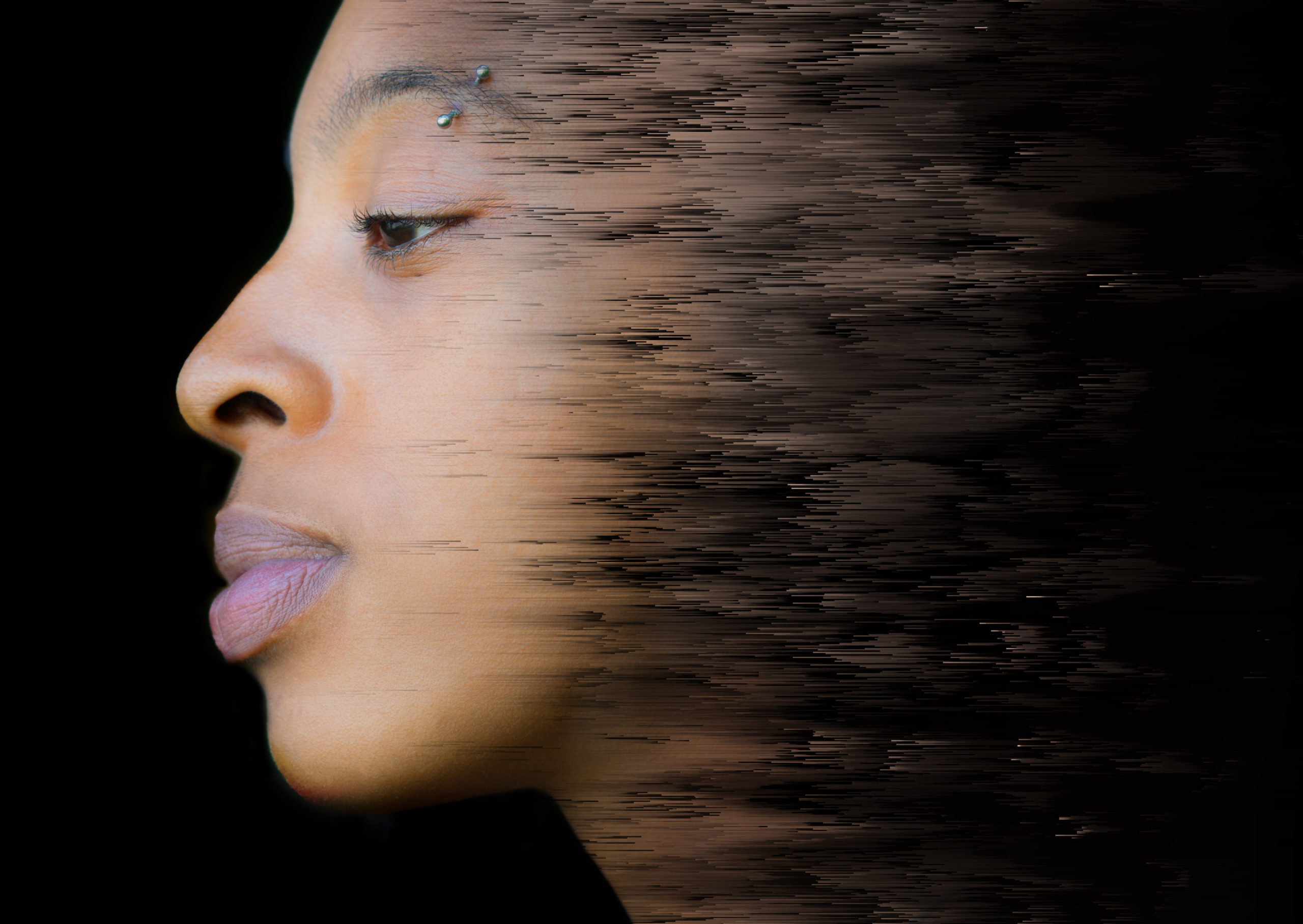 The Social Determinants of Health (SDoH) framework refers to the conditions in the places where people live, learn, work, and play that affect a wide range of health and quality-of life-risks and outcomes. Theoretical models examining the social determinants of mental health have linked policies and social norms that create pervasive inequities with biological risk affect onset, severity, and remission of psychopathologies.

The authors stress that being of a particular race, in and of itself, is not what increases the risk of pathology. Instead, it is the structural barriers and discrimination faced by certain groups that create the increased risk.

Structural racism is defined as a socially constructed taxonomic stratification of power based on proximity to whiteness and greatly influences social policies. The inequities it causes have enduring health outcomes for minoritized groups by limiting access to resources through neighborhood segregation, for example, and limiting individual freedom to control life circumstances.

Within psychiatry, there has been limited investment in understanding how SDoH and structural racism contribute to the complex etiology of mental illness. The predominant focus of the field has been placed on understanding biological and individual factors despite the increased importance of the confluence of biological and social factors.

The United States has lagged behind Europe in examining the link between minority status and psychosis incidence. The research conducted has been complicated by key factors, including the lack of a centralized health register, methodological issues with sample selection, and misdiagnosis based on perceived racial groups.

Several US studies show that Black and Latinx people are overrepresented in the patient population with psychotic disorders. This has led to clinicians further misinterpreting/misattributing symptomology and overdiagnosing schizophrenia, particularly for Blacks and African Americans.

“Even though psychosis incidence and prevalence across racial groups in the United States remains inconclusive, the central role that structural racism plays in shaping the distribution of risk factors for psychosis across the U.S. population is less equivocal,” the authors write. “This social taxonomy in the United States has roots in a racial trauma history that gave rise to a pervasive system of structural racism that persists today.”

The authors expand on this history of racial trauma by discussing the genocide of First Nations people and the enslavement of African Americans, which created the foundation to build white American wealth and capital. The repercussions of these historical traumas are evident in the sharp inequities among racial lines.

A striking example of this inequity is shown in New Jersey, where the median net worth for white families is $309,396 compared with just $7,020 and $5,900 for Latino and Black families. These examples speak to the very different lived experiences of minority families within education (as schools are funded through property taxes), health care, and neighborhood experiences.

The results focused on neighborhood-level factors, trauma in a US context, and racial disparities during pre-and perinatal periods.

Neighborhood level factors are likely to interact with psychological factors that enhance chronic stress across generations. These adverse neighborhood conditions, such as exposure to environmental toxins and concentrations of crime, are associated with the increased prevalence and severity of the extended psychosis phenotype. The authors explain:

Studies have shown that fear of being “pushed out” of one’s neighborhood, stressful racial dynamics in an urban community, and living in multiple homes within 1 year all lead to increased risk for psychosis spectrum experiences. Further, European studies have shown that lack of green space and exposure to environmental toxins correlate with psychosis.

Trauma in a US Context

These traumas may intersect with collective historical racial trauma, leading to increased chronic stress and traumatic events. For example, police victimization and gun violence are social health crises that disproportionately affect racially minoritized communities. Death by police violence and homicide by firearm are leading causes of death among Black men.

“Police violence, in particular, may be more impactful on mental health because it is enacted by people who are state-sanctioned to enact violence, and there is little legal recourse for such violence. Black men, specifically, have a 1 in 1,000 chance of being a victim of lethal force by police over their lifetime, in contrast to 39 in 100,000 for their White counterparts.”

This creates a unique type of collective trauma in the United States that differs greatly from the broader global community. Similar countries such as England and Japan report zero to seven police killings per year, compared with the average of 1,100 incidents per year in the US. The authors argue that police victimization and gun violence should receive more attention as a stressor and trauma-related social determinant of psychosis risk in the US.

The study highlights that most research focused on these risk factors were initially based on birth cohorts in the 1950s and 1960s and suffered from cohort effects due to political climates and demographics characteristics, therefore rendering them not generalizable to contemporary samples.

Further, none of these studies adequately incorporated known racial and ethnic disparities in birth complications. This is of utmost importance because Black women in the US are at significant risk for obstetric complications, even when controlling for socioeconomic status.

Neighborhood and individual-level factors appear to affect the disparities of outcomes for Black women, such as exposure to environmental contaminants being linked to preterm birth and low birth weight, perceived discrimination predicting lower birth weight, and Black women being likely to have lower cortisol levels during the second trimester. The latter finding was observed among women diagnosed with posttraumatic stress disorder related to a lifetime of exposure to increased stress due to repeated discriminatory experiences.

Cumulatively, these findings and more reveal a complex picture potentially leading to poor birth outcomes and subsequent risk for psychosis disorders in adulthood.

“Overall, these findings suggest that racial and ethnic disparities in the rates of obstetric complications in the United States could contribute to a developmental trajectory toward psychosis and findings of higher schizophrenia rates among Black individuals, immigrant populations, and potentially other less studied groups that experience high discrimination rates (e.g., because of religion, sexuality, and other racial and ethnic identities).”

Given this review of the impacts of racism on the social determinants of psychosis, the authors urge that adopting an antiracist framework within psychiatry is necessary to disrupt the status quo. There are currently no known intervention and treatment programs that directly target the pernicious aspects of racism that affect Black and other culturally minoritized groups.

Anglin and her coauthors suggest increased funding for research with multilevel and intergenerational approaches is needed alongside qualitative studies that increase our understanding of the lived experiences of people with psychosis. They write:

“Given the history of oppression, discrimination, and systemic racism in the United States, understanding the biological consequences of the unique trauma and stressors of minoritized communities will expand our understanding of risk for psychosis more generally.”