From i newspaper: “Dannielle Attree has spent half of her life being subjected to state-sanctioned abuse. She is only 24 years old but over the past 12 years this bright young woman has been held in solitary confinement, chemically coshed with drugs and violently restrained by groups of adults. She has been locked up in 18 different mental health institutions, forced to sleep on the floor, developed terrible eating disorders, been sexually assaulted by a staff member and become so despairing over her future that she has frequently tried to kill herself. All because she has autism in a country that does not care.

. . . Dannielle’s story is hideously familiar: a quirky child with undiagnosed autism who spiralled into crisis after hitting puberty and moving to secondary school, then when the family sought help, ‘experts’ reacted by locking the teenager in a psychiatric hellhole that only intensifies stress. Often the girls, like Dannielle, self harm and develop eating disorders as they internalise their struggles and mimic behaviour of others met inside hospitals.

Danielle moved from a unit where she was held in seclusion for 551 long and lonely days. For much of that time, she was made to sleep on the floor. Her room had only a plastic-covered concrete table, so low that she also had to sit on the floor to eat. She is a creative character yet she had no books, no music, no television – just a notepad for her despairing thoughts and drawings.

. . . This week marks the 10th anniversary of the moment this scandal erupted into public view with the BBC’s Panorama exposé of abuse and neglect at Winterbourne View. An outcry led by the prime minister sparked prosecutions, six prison sentences and pledges to stop inflicting cruelties on citizens with autism and learning disabilities.

We heard promises to end use of assessment and treatment units that incarcerate people behind locked doors. Yet total numbers held have barely budged, with average length of stay more than five years, despite a barrage of inquiries and incisive reports plus several more disturbing documentaries. It is, as the Rightful Lives campaign group says, sickening that this barbarism is allowed to continue.” 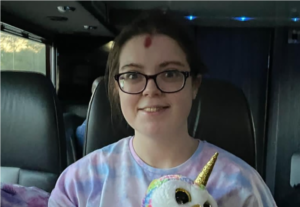