From The Guardian: “Psychological torture is being exploited by states to circumvent the more widely understood ban on physically inflicting pain and may open the way to a future of ‘cybertorture,’ the UN torture rapporteur has said.

Nils Melzer, professor of international law at the University of Glasgow and the UN’s special rapporteur on torture and other cruel, inhumane or degrading treatment or punishment, is cautioning that the internet could be used systematically to target individuals remotely – through ‘intimidation, harassment, surveillance, public shaming and defamation.’

A trenchant critic of the UK government’s failure to hold an inquiry into the rendition of jihadi suspects post-9/11, Melzer has also voiced concerns over Britain’s treatment of the WikiLeaks founder Julian Assange in Belmarsh prison.

Later this month the professor, who is Swiss, will present a report to the UN human rights council in Geneva highlighting his concern over ‘continuing development of psychological tortures and legal misconceptions about what conduct is prohibited by international treaty.’

The documentary, directed by the Bafta-winning film-maker Stephen Bennett, shows how patients were subjected to sensory deprivation, forced comas, LSD injections, and extreme physical and mental torture at a Canadian research establishment run by Cameron.” 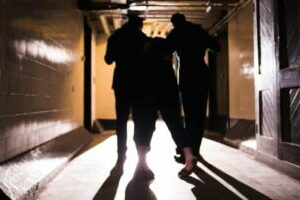