From Psychology Today: “The thousands around the world who critique an overly biological approach to understanding and helping one another when we are very distressed are often dismissed as ‘radical’ or ‘extremists’ or ‘ideologues.’ Critics of the dominant ‘medical model’ approach, promoted by biological psychiatry and the drug companies, are often labeled and denigrated as ‘anti-psychiatry,’ when we view ourselves as anti- bad science and anti- ineffective, unsafe treatments.

Yet even some prominent psychiatrists have spoken up against the corrupting role of drug companies and the simplistic model they have promoted in order to sell their products.

. . . More recently the message has been taken up by no less an organization than the United Nations, in the person of its ‘Special Rapporteur on the right of everyone to the enjoyment of the highest attainable standard of health’ (2014-2000), Dainius Pūras.

. . . Previously isolated pockets of activists — patients, family members, mental health staff and researchers — are increasingly joining together in global organizations, such as the International Institute for Psychiatric Drug Withdrawal and the International Society for Psychological and Social Approaches to Psychosis, to name just two.

It will be harder for die-hard defenders of the medical model to dismiss such organizations, or the UN and the WHO, as extremist, anti-psychiatry radicals. The time for a fundamental paradigm change in mental health may, finally, be drawing near.” 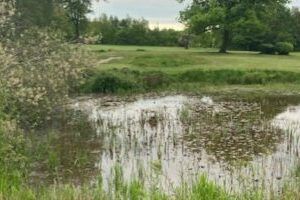