From MedPage Today: “A host of common factors were associated with children who died by suicide, a qualitative study found.

In an analysis of 134 childhood suicide cases (average age 11 years) in the U.S., nearly all occurred in the child’s home, more specifically their bedroom, reported Donna Ruch, PhD, of the Abigail Wexner Research Institute at Nationwide Children’s Hospital in Columbus, Ohio, and colleagues.

…The study analyzed data from the National Violent Death Reporting System (NVDRS). The child suicide decedents were between ages 5 and 11 years, and suicides occurred between 2013 and 2017 in 37 states. About 75% of the children were male and 59% were white.

Certain circumstances tended to precede a child’s suicide, Ruch’s group explained, and these circumstances were largely an intersection of the child’s mental health, prior suicidal behavior, trauma, combined with problems at school, with the family, or with other peers….” 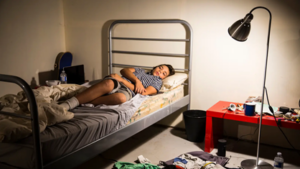 The Surprising Prevalence of Postpartum Depression in Dads

Q&A: My Child Is Suicidal. What Should I Do?