From The BMJ: “Health research is based on trust. Health professionals and journal editors reading the results of a clinical trial assume that the trial happened and that the results were honestly reported. But about 20% of the time, said Ben Mol, professor of obstetrics and gynaecology at Monash Health, they would be wrong. As I’ve been concerned about research fraud for 40 years, I wasn’t that surprised as many would be by this figure, but it led me to think that the time may have come to stop assuming that research actually happened and is honestly reported, and assume that the research is fraudulent until there is some evidence to support it having happened and been honestly reported. The Cochrane Collaboration, which purveys ‘trusted information,’ has now taken a step in that direction.

As he described in a webinar last week, Ian Roberts, professor of epidemiology at the London School of Hygiene & Tropical Medicine, began to have doubts about the honest reporting of trials after a colleague asked if he knew that his systematic review showing the mannitol halved death from head injury was based on trials that had never happened. He didn’t, but he set about investigating the trials and confirmed that they hadn’t ever happened. They all had a lead author who purported to come from an institution that didn’t exist and who killed himself a few years later. The trials were all published in prestigious neurosurgery journals and had multiple co-authors. None of the co-authors had contributed patients to the trials, and some didn’t know that they were co-authors until after the trials were published. When Roberts contacted one of the journals the editor responded that ‘I wouldn’t trust the data.’ Why, Roberts wondered, did he publish the trial? None of the trials have been retracted.” 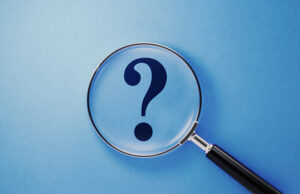