An article published in Child and Adolescent Mental Health attempts to fill a gap in research focusing on the experience of voice hearing for adolescents under sixteen.

Led by Sarah Parry of Manchester Metropolitan University, the researchers utilized qualitative survey responses to understand the form and function of both positive experiences with voice-hearing, as well as negative or distressing experiences. Based on their findings, the authors provide suggestions for improving psychoeducation in public formats about the useful functions of voices.

“The unique narratives within this study offer insight into the diversity of experience of voice-hearing and other multisensory experiences for young people,” the authors write. “Young people do not necessarily consider voice-hearing as problematic or unwanted, with most participants reporting mixed experiences of nurturing and distressing voices, with some potentially distressing voices recognized as valuable in certain domains, such as creativity.” 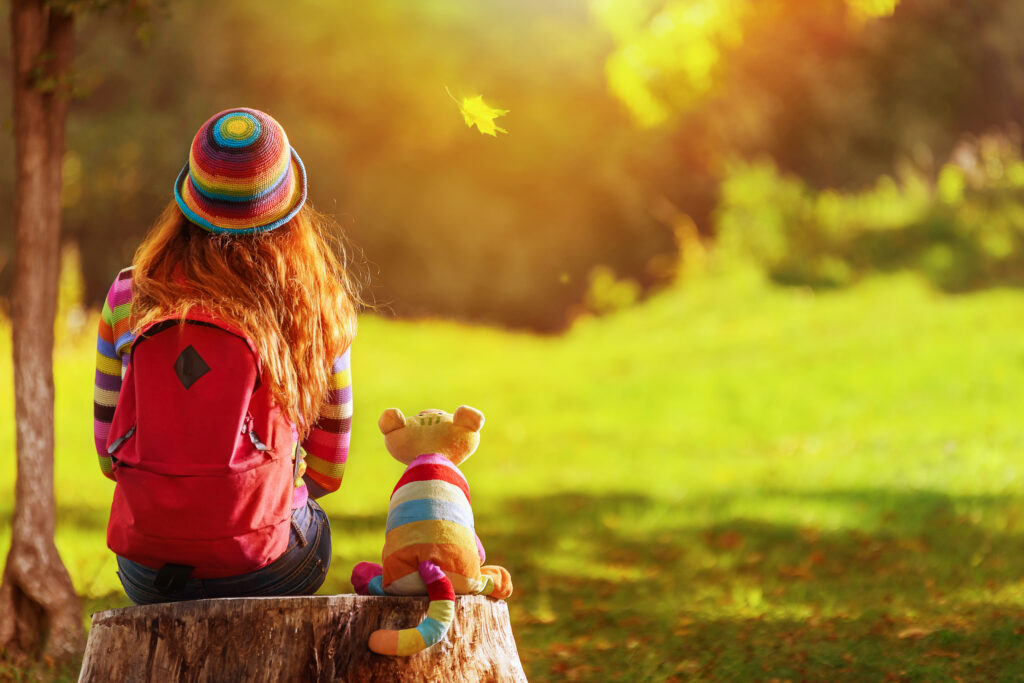 The phrase “voice hearing” is most commonly understood as noises, voices, or other audible perceptions that contain verbal content that others cannot hear. It is considered a more typical experience in childhood than adulthood, where it tends to become more stigmatized and associated with mental illness.

Extant literature about voice hearing in children has examined how hearing voices relate to fantasy and play, as well as imaginary companions. Imaginary companions for children have been shown to serve as a protective agent against loneliness, as well as a way to cope with trauma. However, despite these benefits, if parents express negative approval of the imaginary companions, it can lead to increased isolation and negative self-appraisal since there is existing evidence that systemic dynamics such as family functioning influence young people’s self-esteem and self-perception, there is cause to examine how these significant relationship dynamics would impact voice hearing.

One study found that the majority of voice-hearers reported beginning to hear voices before and during adolescence, suggesting that more research is needed in younger groups. With this in mind, the authors state:

“Additional areas in need of further attention relate to characterological features of voices, relationships with voices, and how these features may influence relational interventions. A relational focus for psychosocial interventions is of particular importance for children as they are often reliant on their family and friends to help them interpret and formulate life experiences, alongside sociocultural factors tempering young people’s initial appraisals of their hallucinations.“

The current study aimed to advance the theoretical and phenomenological understanding of voice-hearers for an underrepresented group of young people from various Western, developed nations; the majority recruited from the United Kingdom and the United States. The researchers utilized a Foucauldian-informed narrative analysis to conduct and analyze written qualitative survey responses with 68 adolescents, with a mean age of 15. Notably, participant eligibility required that they heard voices that others could not hear. They were not required to have received a diagnosis or be connected to a mental health service.

The results revealed that the average age of onset was 10 years old. Fifty-six percent of the participants reported a negative emotional response or worry about the voices, 23% reported only positive feelings or beliefs about the voices, and 21% reported mixed emotions. The authors focused on the form these voices took and the way the voices functioned for them.

Narratives of comforting and positive voices were often discussed in terms of having personal qualities, pronouns, and motivations, which is similar to how children describe imaginary companions. They often described the voices as wanting to help them, keeping them company, and people they could trust. One participant wrote that the voices made him feel “like [he] has a family again.” The authors suggest that this finding offers new ways to conceptualize the developmental stages of voice-hearing, during which young people may feel particularly socially or emotionally vulnerable.

Conversely, negative voice-hearing experiences were described through metaphor, mirroring sociocultural or personal oppressions, often leading participants to feel disempowered or frightened. Distressing voices tended to capture a commanding experience that led participants to feel anxious and out of control of the voices themselves, unlike those who experienced comforting voices who often felt in control of them. These distressing voices led to a decrease in self-esteem, and participants described them as “haunting” and feeling “trapped.”

“The sense of having less control over one’s actions and emotions due to the voices led participants to describe feelings of anxiety, difficulties with concentration, and fears for the future, with many highlighting ways in which the voices would undermine them.”

Due to the distress of the negative voices, it was more challenging for participants to make meaning out of them. This contributed to their overall distress and reduced wellbeing, as meaning-making is a positive form of coping with hearing voices. Notably, across all accounts, negative voices were more often discussed using male pronouns. The authors note that similar findings have been shown across research in adult voice-hearers, reflecting sociocultural inequalities related to gender.

To summarize these findings, the authors write:

While many young people have positive and negative experiences with their voice hearing, the findings of this study reveal that the ability to formulate the experience, contextualize the voices, and regain control appeared to be more important in terms of well-being. This could significantly impact how the treatment is conceptualized and how interventions are conducted for adolescents.

The authors suggest that more psychoeducation be given to adolescents to normalize and destigmatize messages around voice hearing, regardless of whether a mental health diagnosis has been made. By publicly offering psychoeducation that includes the useful function of voices and reassurance that they take many forms (both comforting forms as well as distressing forms), this might act as a preventative public health intervention against avoidable voice-related distress, while also combatting isolation and stigma that keeps adolescents from opening up about their voice hearing.