From Buzzfeed News: “THEY CAN ISOLATE YOU: A teenager with cerebral palsy was snatched from the school gates and hidden from his parents.

THEY CAN BLEED YOU DRY: A successful rheumatologist was declared incapacitated after a bout of depression and lost her million-dollar waterfront home.

AND THEY CAN LEAVE YOU TO DIE: A 46-year-old man died under a do-not-resuscitate order that went against the desperate pleas of his wife.

All three nightmares share a common cause: These people had been placed under the care — and control — of legal guardians. America’s guardianship system was designed as a last resort to be used only in the rare and drastic event that someone is totally incapacitated by mental or physical disability. In those cases, conscientious guardians can provide vital support, often in complex and distressing circumstances. But an investigation by BuzzFeed News has found that the system has grown into a vast, lucrative, and poorly regulated industry that has subsumed more than a million people, many of whom insist they are capable of making their own decisions, and placed them at risk of abuse, theft, and even death.

The #FreeBritney movement has drawn international attention to the case of Britney Spears, and wrongdoing by individual guardians has surfaced in the past, but our investigation reveals the systemic failings behind these isolated stories.

In local courts across the country — often woefully unfit for the sweeping power they command — guardians, lawyers, and expert witnesses appear frequently before the same judges in an established network of overlapping financial and professional interests. They are often paid from the estate of the person whose freedom is on the line, creating powerful incentives to form guardianships and keep them in place.

‘The judge knows the lawyers, the lawyers know each other,’ said J. Ronald Denman, a former state prosecutor and Florida lawyer who has contested dozens of guardianships over the past decade. ‘The amount of abuse is crazy. You’re going against a rigged system.’

Without being convicted of any crime, those declared incapacitated face some of the most severe measures that the courts can take against any US citizen. Most freedoms articulated in the UN Universal Declaration of Human Rights are denied to people under full guardianship: They can lose their rights to vote, marry, start a family, decide where they live, consent to medical treatment, spend their money, seek employment, or own property.

Thousands of professional guardians, lawyers, and corporations now hold sway over assets totaling tens of billions of dollars. Some guardians have hundreds of people under their control. And despite the public perception that guardianship is a protective measure for older adults nearing death, the system traps huge numbers of young people. 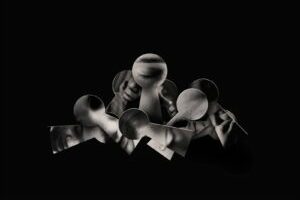