From CNBC: “Facebook has repeatedly found that its Instagram app is harmful to a number of teenagers, according to a Wall Street Journal report published Tuesday.

The Journal cited Facebook studies over the past three years that examined how Instagram affects its young user base, with teenage girls being most notably harmed. One internal Facebook presentation said that among teens who reported suicidal thoughts, 13% of British users and 6% of American users traced the issue to Instagram.

. . . Top executives have reviewed the research, according to the Journal, and it was cited in a presentation given last year to CEO Mark Zuckerberg. Still, Facebook has reportedly struggled to manage the problem while keeping users engaged and coming back. Facebook is also building a version of Instagram for kids under age 13.

Young users are a key to Instagram’s success. More than 40% of Instagram’s users are 22 years old and younger, according to materials viewed by the Journal.” 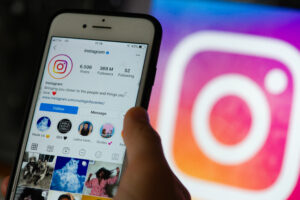