From The Telegraph: “Sam Taylor, now 19, and about to start his second year studying film and literature at Warwick University, was put on a succession of medications by a private psychiatrist from the age of 16, after finding secondary school ‘overwhelming’.

Prescribed the antidepressant escitalopram – to be combined with cognitive behavioural therapy (CBT) – Sam recalls now that the pills made him ‘either euphoric or miserable.’ He switched to a different drug, which made him ‘unbearably restless’ and gave him urinary retention.

But it was only when Sam started university, two years later, that he questioned his medication. ‘In January, I was feeling completely flat,’ he says. ‘I started to think: “why do I feel bad?” I said to myself: “it’s lockdown: of course I feel sh*t.” Then I started to replay my school days: maybe there wasn’t anything wrong with me. Perhaps there was a reason for my distress?’

Sam came off his medication with few ill effects. ‘Looking back now, I wanted someone to listen to me,’ he says. ‘It was guidance I needed, not a prescription.'” 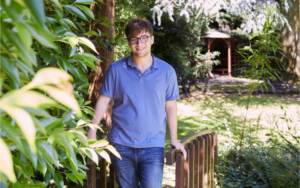