From Tidsskrift: “The academic publishing industry has a large financial turnover. Its worldwide sales amount to more than USD 19 billion, which positions it between the music industry and the film industry. The market is largely dominated by five large publishing houses: Elsevier, Black & Wiley, Taylor & Francis, Springer Nature and SAGE, which control more than 50 % of the market between them. Elsevier is the largest, with approximately 16 % of the total market and more than 3000 academic journals. As an industry, these publishing houses are unique in terms of their profitability, generating large net profits. Elsevier has a profit margin approaching 40 %, which is higher than that of companies such as Microsoft, Google and Coca Cola, and the curve is pointing upwards.

These huge profits are not altogether surprising. The reason can be illustrated by a comparison with a traditional newspaper, whose profit tends to be in the 10–15 % range. A newspaper incurs wage costs for its journalists, editors and graphic artists, as well as expenses for research, fact-checking, printing and distribution. All of this must be paid for through sales and advertising. Academic journals have cleverly managed to turn this situation on its head. The production of content is paid for by research funds, both the salaries of the researchers and the substantial costs involved in undertaking research. My own experience is that most academic editors work for merely symbolic pay and that quality control and fact-checking are done through peer review, which is unpaid voluntary work. Because nearly all access is digital, even printing no longer needs to represent a cost. As a result, the only real cost is incurred by the graphic design of the article.

The government funds all stages of research production, but must then pay again to have access to the research results

It is interesting to note how all this is funded. As in many other countries, most of the research funding in Norway comes from the government. Thereby, the government funds all stages of research production, but must then pay again to access the research results. And such access does not come cheap. In the publishing houses referred to above, a single article costs USD 30–50. Norwegian public institutions pay approximately NOK 330 million for subscriptions, and the figure for Europe as a whole has been estimated at EUR 420 million. In view of the low costs incurred by the publishing houses, these sums are completely unreasonable.” 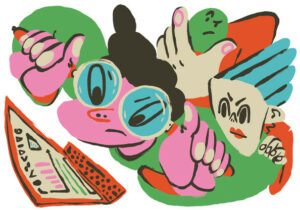