From The Guardian: “In 1988, Richard Bentall was on his way to becoming one of Britain’s most influential clinical psychologists. He was 32 and had developed an early fascination with psychosis. . .

While spending time on psychiatric wards during his training, Bentall felt that psychotic patients were poorly treated. The prevailing view was that psychosis was a genetic brain condition that could only be diagnosed and medicated. Life experience, including childhood trauma and social deprivation, was neglected as a possible cause.

Bentall would devote his career to changing the way severe ‘mental illness’ is seen. He would help to revolutionise the way psychosis is treated – showing that talking therapies could work and pioneering a movement of compassionate psychology in which clinicians asked not: ‘What’s wrong with you?’ but: ‘What happened to you?’

. . . But long before all that – before the bestselling books and his election to the British Academy, before his most recent work on the mental health impact of the pandemic – Bentall’s phone rang on a grey Sunday in October 1988. It was a call to say that his brother had killed himself at his block of flats in Sheffield.

Andrew, who was 18 months younger than Richard, had been struggling for years with ‘mental illness’ and ‘drug abuse.’ Bentall thinks he may have been psychotic. His death at 30 came just two years after their father had died in a car crash.

. . . Not long after his brother’s death, Bentall visited the tower block where Andrew had lived alone. ‘It was early on a Sunday morning when he died and I still often think: what was it like?’ he says. At the funeral, a friend of Andrew’s said something to Bentall that still haunts him. ‘He told me that all Andrew ever wanted was to be “an acceptable failure,” Bentall says. ‘In other words, he had just wanted to belong.'” 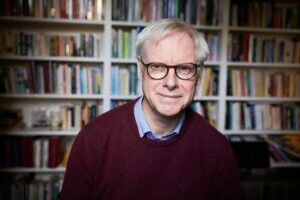