From The New York Times: “In the winter of 1848, a 26-year-old Prussian pathologist named Rudolf Virchow was sent to investigate a typhus epidemic raging in Upper Silesia, in what is now mostly Poland.

After three weeks of meticulous observation of the stricken populace — during which he carefully counted typhus cases and deaths by age, sex, occupation and social class — he returned with a 190-page report that ultimately blamed poverty and social exclusion for the epidemic and deemed it an unnecessary crisis. ‘I am convinced that if you changed these conditions, the epidemic would not recur,’ he wrote.

Dr. Virchow was only a few years out of medical school, but his report became the foundational document of the new discipline of social medicine. His vision for health went far beyond individuals and the pathogens lurking inside them . . .

The same conditions of inequality that produced the Silesian typhus epidemic would soon foment a political revolution in Germany, and Dr. Virchow’s investigation helped turn him into a political revolutionary. ‘Medicine is social science, and politics nothing but medicine on a grand scale,’ he wrote.

. . . Science is a social process, and we all live amid the social soup of personalities, parties and power. The political dysfunction that holds America hostage also holds science hostage. Dr. Virchow wrote that ‘mass disease means that society is out of joint.’ Society’s being out of joint means that epidemiological research is out of joint, because it exists inside the same society. This is not a new problem, but the dominant ‘follow the science’ mantra misses the fact that the same social pathology that exacerbates the pandemic also debilitates our scientific response to it.

To restore faith in science, there must be faith in social institutions more broadly, and this requires a political reckoning. Of course one can cite many specific challenges for scientists: The wheels are coming off the peer review system, university research is plagued by commercialization pressures, and so on. But all of these are the symptoms, not the underlying disease. The real problem is simply that sick societies have sick institutions. Science is not some cloistered preserve in the clouds, but is buried in the muck with everything else. This is why, just eight days after his investigation in Upper Silesia, Dr. Virchow went to the barricades in Berlin to fight for the revolution.” 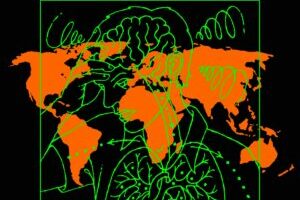