In a new article published in Social Science & Medicine, Donald Light and Joel Lexchin argue that the pharmaceutical industry is a peculiar “market for lemons” where companies are encouraged to continually produce new, typically less effective drugs.

By conducting their own drug trials, obscuring evidence, and stealthily marketing their products for off-label prescription, these companies circumvent and abuse Food and Drug Administration (FDA) regulations. The result is a proliferation of often less effective and more dangerous new drugs with little information available about their adverse effects. The authors write:

“Many patients receive unnecessary or inappropriate drugs, which many observers conclude are byproducts of heavy commercial promotion. Companies have developed elaborate marketing networks with leading clinicians to promote unauthorized or off-label uses. Most of the drugs prescribed off-label have no valid evidence of benefit but put millions of more patients at risk. For these reasons, the hidden lemon risks of taking prescription drugs are probably much greater than commonly thought.” 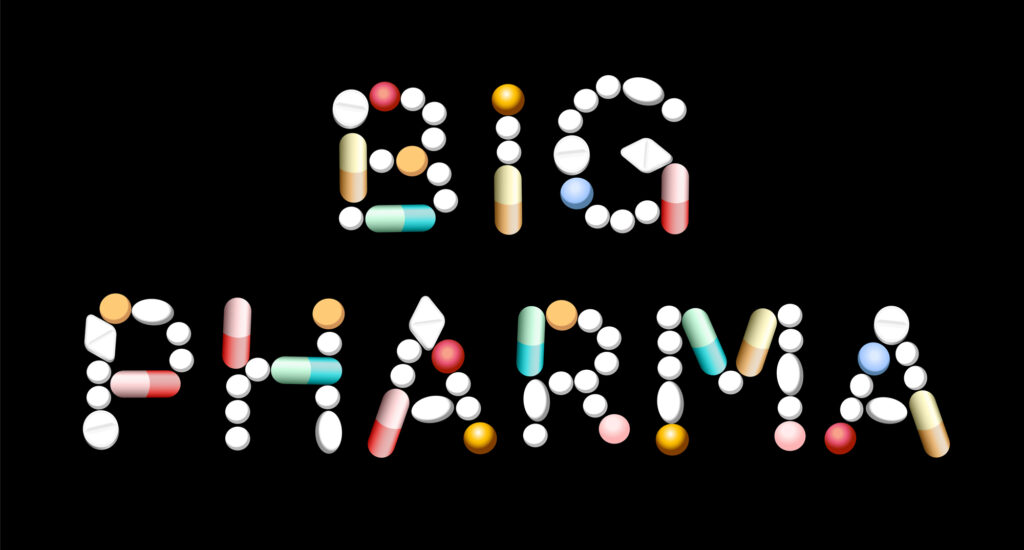 The current research indicates that the Food and Drug Administration (FDA) receives 65% of its operating budget from industry user fees, meaning the FDA is financially dependent on the industry it is tasked with regulating. The ethical concerns around the FDA do not stop at their funding. They have drawn criticism in the past for approving drugs with more effective alternatives already available.

More recently, in 2021, the FDA approved an Alzheimer’s drug that has not been shown to be effective. An FDA advisory committee says the FDA collaborated with the drug’s manufacturer (Biogen) to re-interpret data, making the drug seem more effective than it actually is. Three members of the expert panel subsequently resigned over the drug’s approval. Other research has also taken issue with the accelerated approval guidelines used to push Biogen’s Alzheimer’s drug to market. Research shows the FDA is approving drugs more rapidly and with weaker evidence than ever before.

The authors point to corruption of research by the pharmaceutical industry as key in flooding the market with less effective, more expensive drugs. Many researchers have noted similar practices within the industry.

Another issue facing evidence-based research is ghostwriting, the practice of a researcher being paid to lend their name to research written by pharmaceutical manufacturers. Some researchers have even gone so far as to say that by corrupting evidence-based medicine, the industry is clearly “killing for profit.”

The current research begins by describing the economic principle of a “market for lemons.” According to this principle, a market for lemons exists when there are enough participants in a market willing to provide a shoddy product. They are able for a short time to leverage their greater access to information (that the product they are selling has hidden issues) in order to defraud customers and make a profit.

These markets should be inherently unsustainable as the poor quality goods make customers more suspicious and less likely to pay a fair price for high-quality goods, eventually alienating the purveyors of quality goods as well as any customers still in the market. However, the authors contend that the pharmaceutical industry is a special case of a “market for lemons” in which a failing (or possibly bought) regulatory body and some deceitful practices on the part of the pharmaceutical companies keep the market going despite the poor quality and high prices of the products being offered.

The second tactic the authors point to is strategic ignorance in clinical trials. There are several purposeful paths to ignorance these companies tend to walk. The companies that produce the drugs are the same ones paying to test their efficacy. This results in “randomized” control trials in which patients that may experience adverse effects are excluded from the initial sample. For example, a company (Merck) that produces a drug known to stress the cardiovascular system (Vioxx) excluding anyone with a family history of cardiovascular issues from the initial sample, thereby making the drug appear safer than it actually is. When subjects drop out before completing a trial due to adverse effects, they are often not included in the final report because they were not present for the entire trial. The companies are also allowed to compare their drug to higher doses of the most dangerous drugs available on the market, making their trial drug seem safe by comparison.

The last tactic the authors describe is biasing the scientific literature. Trials that reveal adverse effects (or little to no efficacy) often go unpublished, where research finding positive benefits are almost always published. For example, research has found that 97% of trials deemed positive by the FDA end up in publication. Conversely, only about 33% of trials with negative results are published. Additionally, according to the FDA, 21% of the studies with negative results were deceitfully published to appear positive.

The authors also point to the role of physicians in maintaining this “market for lemons.” Physicians recruit subjects into biased trials, champion off-label use with little to no efficacy (which is illegal if done by the drug manufacturer), and act as opinion leaders to advocate for the use of dangerous drugs to their colleagues and peers. The authors sum up their research as follows:

“This analysis of pharmaceuticals as a market for lemons has detailed ways in which companies minimize knowledge for physicians, regulators, patients, and even themselves about the hidden dangers in new drugs. The resulting body of commercialized medical science is then used to shape both diagnosis and prescribing decisions in a market controlled by clinicians who have monopoly control over deciding what to prescribe and what they tell patients. Clinical guidelines are based on them, developed by expert committees that usually have several members on retainer with manufacturers of the relevant drugs … Physicians play several key roles as well-paid recruiters of subjects into trials, as educators of colleagues, as champion prescribers of new drugs, and as the vehicles for the promotion of them for unapproved uses, the promotion that would be illegal if done directly by the companies themselves. ”