From Psychiatric News: “Taylor and Horowitz believe that [withdrawal] symptoms arise when tapering antidepressants because traditional tapering protocols reduce the medication dose by fixed amounts (for example going down by 25% over four weeks), which is inconsistent with how psychotropic medications interact with their biological targets.

A review of pharmacological studies on antidepressant receptor binding (which all companies conduct as one of the first steps of psychiatric drug development) by the pair revealed that antidepressants can effectively bind to targets at low doses. For example, just 1 mg citalopram daily (a fraction of the typical starting dose for treating patients with depression) occupies over 20% of serotonin transporters in the brain; occupancy rises to nearly 60% at 5 mg daily and 80% at 20 mg daily (the typical starting dose of citalopram). The effect plateaus at higher levels; 40 mg of citalopram daily (the maximum recommended dose) occupies about 86% of serotonin transporters, while 60 mg daily occupies about 88% of these receptors.

In the context of tapering, this means that the first reduction of antidepressant dose will have minimal biological impact, but as the antidepressant dose gets lower, the ratio of available receptors and neurotransmitters will change more significantly; it’s this chemical imbalance that can lead to withdrawal symptoms that can persist until the receptors adjust to the new biological environment, Horowitz said.” 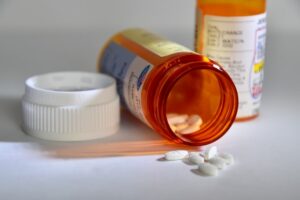