From Vox: “In the past several years, many scientists have become afflicted with a serious case of doubt — doubt in the very institution of science.

. . . They told us that, in a variety of ways, their careers are being hijacked by perverse incentives. The result is bad science.

Today, scientists’ success often isn’t measured by the quality of their questions or the rigor of their methods. It’s instead measured by how much grant money they win, the number of studies they publish, and how they spin their findings to appeal to the public.

. . . ‘Over time the most successful people will be those who can best exploit the system,’ Paul Smaldino, a cognitive science professor at University of California Merced, says.” 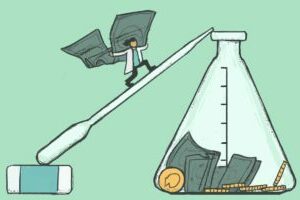