From The New Statesman: “In recent months there has been extensive coverage of an unfolding mental health crisis. Government figures suggest that, since the start of the pandemic, the number of adults with depression has doubled to one in five. Referrals for children have also doubled: 200,000 under-18s were referred to NHS mental health services in April-June 2021. Has Covid sparked a parallel wave of mental illness – or is such widespread suffering a natural response to the months of isolation, uncertainty and daily death counts? The debate in psychiatry is in part an argument over how we address this shadow pandemic: some argue that what looks like a health emergency is better understood as mass unhappiness.

. . . Lucy Johnstone . . . is part of a close-knit group of British psychiatrists, psychologists and patients who reject the idea of mental illness. They argue that diagnoses are scientifically invalid and harmful because they pathologise understandable reactions and falsely imply that there are medical solutions. ‘Mental illness is not a valid concept,’ Johnstone told me – instead, we should be talking about ‘mental distress’.

She argues that the medicalised language of disorders and symptoms creates a false distance between a person’s feelings and the cause of their distress, whether it’s trauma, abuse, poverty, or even unrealistic cultural expectations.

Johnstone . . . is frequently infuriated by the way we talk about mental health (the phrase itself can elicit a groan: she prefers ‘feelings’.) After we first spoke on Zoom, she sent me a link to an article reporting the rise in mental illness among those who had lost income during the pandemic. The government responded by affirming plans to invest in mental healthcare; Johnstone’s view is that it should tackle the root problem – poverty, not illness. She would emphasise that people in distress deserve support – but that mental illnesses do not exist in the same [discrete] way physical ones do. ‘If you tell someone, as an established fact, “You have bipolar disorder, you have schizophrenia, you have a personality disorder,” really, you’re telling them something untrue. And that has consequences for people’s identity, life, insurance, relationships. It’s the major crisis of our time in some ways.'” 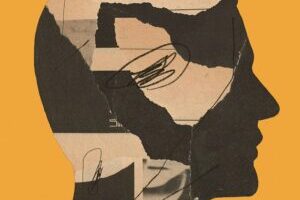