A recent article published in the journal World Psychiatry argues for a “back to the basics” psychotherapy that prioritizes emotional expression. Against the potential for “exposure” based therapies such as CBT to become too intellectual, technique-heavy, and drained of emotion, psychiatrist John Markowitz explores the clinical effectiveness and importance of Brief Supportive Psychotherapy.

“People get carried away by bells and whistles, but sometimes it is the basics that matter. Psychotherapists, like their patients, face discomfort with and may shy away in the face of strong emotions. Yet focusing on strong emotions lies at the heart of psychotherapy. That is what good therapy, and particularly good supportive psychotherapy, should do,” Markowitz explains. 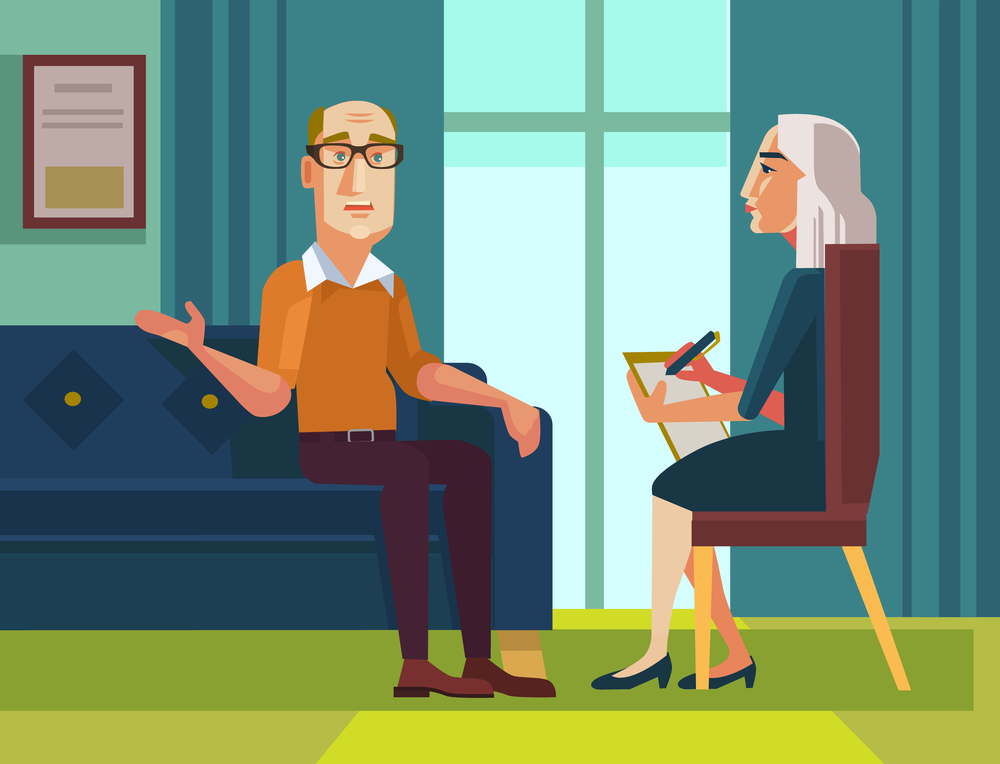 Despite the expanding influence of cognitive-behavioral therapies (CBT), some practitioners still believe in the therapeutic effectiveness of person-centered or humanistic approaches, even criticizing CBT’s status as the “gold standard.”

Person-centered or humanistic forms of therapy tend to privilege client autonomy and dignity, the therapeutic relationship, emotional expression, and validation—essentially acting as a caring guide for the client’s self-exploration.

The current article, by psychiatrist John Markowitz, argues for a return to these core therapeutic values and practices. Markowitz examines the evidence for the effectiveness of Brief Supportive Psychotherapy (BSP) and states that more “technique-heavy” approaches such as CBT can drain the emotion from therapy.

According to Markowitz, out of nine randomized controlled therapy trials that have been done over the years, seven found that “BSP worked as well as the favored treatments,” despite being an “underdog comparison condition” primarily used to assess other approaches. These trials examined therapeutic effectiveness for mood and anxiety disorders, including depression.

The two studies where BSP did not perform as well as the favored treatments were still a “credible, near-miss second.” Accordingly, Markowitz argues that BSP should be included in depression treatment guidelines.

Explaining the tenets of BSP, Markowitz states that it is grounded in common factors research and shares similarities to other forms of “supportive” psychotherapy, such as person-centered and humanistic therapies, which were at one time the most common form of therapy. Carl Rogers and Jerome Frank are discussed as important figures in this lineage.

In particular, Markowitz believes that psychotherapy should return to the significance of emotion. He argues for the importance of therapies that emphasize emotional regulation and expression.

In terms of therapeutic technique, this approach is simple but profound and harder to practice than to understand. It involves active listening, normalizing and validating difficult emotions such as anger, and encouraging emotional expression. The therapeutic goal is to help individuals become more comfortable with and tolerate powerful emotions.

The underlying belief is that this can improve quality of life and reverse tendencies which may exacerbate things like depression—for example, people experiencing anxiety and depression “frequently avoid interpersonal confrontations, having trouble asserting their wishes and struggling to say no.”

Through normalization and encouraging emotional expression in therapy, individuals can become more comfortable expressing and asserting themselves.

“A danger with fancier, technique-heavy psychotherapies is that they can become mechanical, intellectualized, affect-drained exercises. One reason for the rise in so-called “third wave” cognitive-behavioral therapies has been recognition of the sapping of affect from exposure-based treatments.”

“There are other affect-focused treatments, including interpersonal psychotherapy, well-conducted psychodynamic psychotherapies, and mentalization-based therapies. BSP is the pared-down core of these approaches. It lacks and needs no bells and whistles. It just sticks with feelings.

By letting the patient lead and focusing on their emotions, it maximizes patient autonomy. The therapist assigns no homework and applies no structure beyond the affect focus. A transportable, disseminable, inexpensive intervention, affect-focused BSP deserves a second look.”