From The Washington Post: “The mother of an 11-year-old child, Selena Rodriguez, from Enfield, Conn. has filed a lawsuit against two social media giants, arguing a lack of adequate safeguards led her daughter to take her own life in July 2021.

A wrongful-death lawsuit against Snap Inc., which runs Snapchat, and Meta Platforms Inc. — the parent company of Facebook and Instagram — was filed Thursday at the U.S. District Court for the Northern District of California, San Francisco Division, by the Social Media Victims Law Center (SMVLC), a Seattle-based legal advocacy group.

The lawsuit alleges that Selena Rodriguez’s suicide was ’caused by the defective design, negligence and unreasonably dangerous features of their products,’ the SMVLC said in a statement.

The statement also says the tech giants ‘knowingly and purposefully designed, manufactured, marketed, and sold social media products that were unreasonably dangerous because they were designed to be addictive to minor users.’

. . . The product liability action contends that the two companies are ‘responsible for causing and contributing to burgeoning mental health crisis perpetrated upon the children and teenagers in the United States,’ the court documents said.” 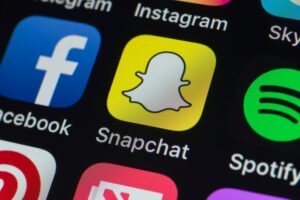