From Psyche: “How do you improve your life? Many of us assume that flourishing in the face of adversity requires a certain kind of mindset. Believing in your power, staying focused on future goals, being proactive, and leveraging social relationships are four outlooks that can help, many of us suspect, in overcoming life’s obstacles. Driven by the belief that people can change their lives by thinking differently, public organisations in the UK and the US have made a deliberate effort over the past decade to develop such a mindset among people experiencing the most persistent forms of adversity in advanced democracies: those who live on little or no income. Yet such efforts have been largely unsuccessful at reducing poverty and unemployment, and have been derided both by the people they were designed to help and by those advocating on their behalf. What has gone wrong here?

. . . Despite decades of explanations and interventions, these efforts have fallen short in one important way: what I call the assumption of free-floating mindsets. This assumption is not only held by researchers but also policymakers and charity workers engaged in well-meaning efforts to tackle poverty in rich countries specifically by focusing on the psychology of those who are low in socioeconomic status. It runs like this: everyone has the power to decide how to perceive and respond to the unavoidable constraints and challenges they face. How did such a belief become commonplace? The assumption arises from evidence that some perceptions and responses are more helpful than others, and these have earned specific names in psychology: believing in one’s own power reflects what researchers call an internal ‘locus of control’; sticking to long-term plans engages ‘self-regulation’; being positively proactive in moving toward one’s goals is called ‘approach orientation’; and leveraging relationships involves the development of ‘general social trust’ and ‘agreeableness’. Research teaches us that these are associated with better psychological functioning, higher incomes, and longer lives. When combined, these orientations appear to converge into a mindset that can lead to human flourishing.

There’s one problem: mindsets are not free-floating. They are neither optional strategies that everyone can freely adopt nor value-neutral ways of enhancing wellbeing. Instead, they are embedded in life conditions that have material, social and ideological dimensions, and this is just as true for those of us living in poverty as it is for the rest of us living in financial comfort.

. . . Evidence shows that being placed in a situation of low relative earnings decreases happiness, and feeling low in power decreases approach orientation (the tendency of proactively aligning with your goals). A person in this situation is not mindlessly pessimistic and blind to opportunities to fulfil their aspirations; they’re regulating emotions and conserving their energies so that they don’t face continual disappointment or overlook very real threats. In Hand to Mouth (2014), a powerful chronicle of surviving on a low-wage job in the US, Linda Tirado writes: ‘We don’t plan long term because if we do we’ll just get our hearts broken. It’s best not to hope. You just take what you can get as you spot it.’

. . . Financial and social precarity keep a person solidly focused on dealing with threats of the here and now, such that ‘keeping an open mind’ and ‘thinking big’ become dangerous abstractions. What those who are socioeconomically marginalised need is not mindset coaching, but action that addresses the material deprivation, financial precarity and social devaluation inflicted on them. Such action gets overlooked when these mindsets are discussed as if they are accessible and beneficial to all – free-floating – as opposed to tailored toward a privileged few.” 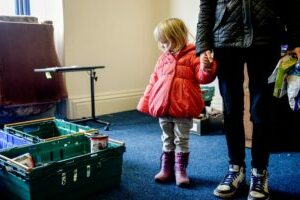