A new article, published in Phenomenology and the Cognitive Sciences, makes theoretical advancements within ecological psychology, providing a scheme for explaining the ubiquitous effects socio-cultural norms have on human action without rejecting the school’s theory of direct perception. In accordance with this theory, perceptual learning processes are discussed without reference to internal mental representations. The education of attention, through which an individual gains mastery over their ability to focus their perception in accordance with their goals, is described as a complementary process alongside the education of intention, whereby perception is focused with increasing skill based on socio-cultural norms.

The article draws attention to the social nature of education generally, with an emphasis on intentionality. Additionally, the article integrates the Deweyan notion of habit into ecological psychology’s theory of direct perception, developing the notions of habit-based preferences and attention habits to generate an explanatory framework of how norms can impact human action without reference to their internalization as some sort of mental representation, thus allowing for the retention of the tenet of direct perception. 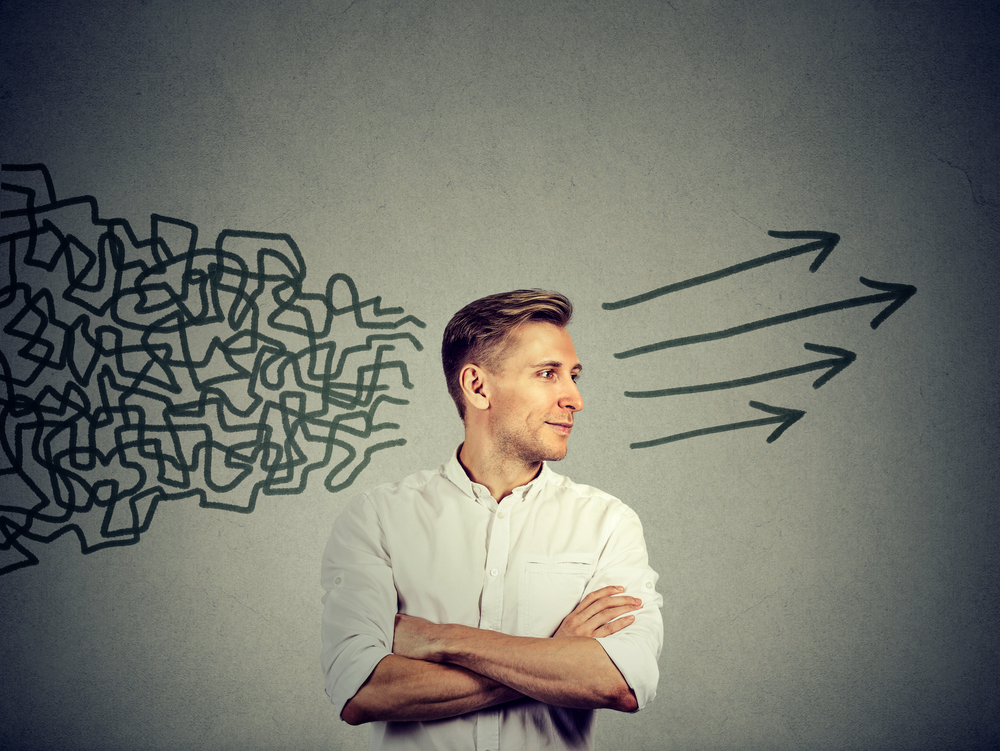 The article’s author, Miguel Segundo-Ortin, a researcher of the Department of Philosophy and Religious Studies at Utrecht University, begins by explaining the two main aspects of ecological psychology’s theory of perception. First, he identifies the contents of perception as “affordances,” which he defines as “the opportunities for action an environmental setting offers to a particular observer.” Second, “we perceive the affordances directly, that is without mediating inferences and mental representations.” Thus, perception is considered to be an immediate processing of information present in the environment rather than the downstream processing of representations formed across intermediary translations of sensory inputs. Similarly, the model places nothing in between perception and resultant actions instead of finding them inseparable. (Given this, ecological psychologists sometimes use the conjoined term “perception-action” for emphasis.)

As Segundo-Ortin explains, the theory of direct perception can run into an apparent problem when considering how the perceivability of affordances differs contextually, influenced by background socio-cultural norms, which are not self-evidently situated in the environment.

“For example,” he writes, “although some insects afford nutrition for human beings, most people in Western cultures do not perceive insects as edible. The reason for this is that these people have not grown up in communities where eating insects is encouraged.”

The term “canonical affordance” has been coined to specify actions that can only be perceived as possibilities given the presence of certain norms. The conceptual issue here is that info contained in norms, like “insects are edible,” is never clearly located in the physical environment in the way typically required for direct perception. At the same time, such info undoubtedly has the power to alter perception by introducing (or removing) affordances, creating entire realms of opportunities for actions that would otherwise be quite literally unthinkable.

Segundo-Ortin notes this conundrum has led some researchers to conclude normative information must be internally represented as a concept; however, he argues this stance would render ecological psychology’s theory of affordance perception useless, given the extensive prevalence of norm-delimited canonical affordances. Rather than taking that route, he argues this issue only arises if the learning of socio-cultural norms is framed such that perception of norms is somehow viewed as indirect. In the first move toward a theory of normative learning via direct perception, he discusses how ecological psychologists have described a subsidiary process:

“Perceptual learning consists of detecting new, not previously registered information, as well as in refining our capacity to discriminate the useful from the useless information for the task at hand. Traditionally, ecological psychologists interested in the question of perceptual learning have mostly focused on studying what they call ‘education of attention.’ In this framework, attention is understood as the controlled detection of the specific information for affordances, and the education of attention refers to the process by which agents come to detect those perceptual variables that are useful for attaining a particular task or goal.”

So, attention is the active directing of one’s perception toward learned cues associated with better outcomes in terms of the given range of possible actions and in accordance with the given ends. The associations between cues in the perceptual field and relevant sets of possibilities are all learned. On its own, this may not seem immediately applicable for explaining how norms can be learned via direct perception. However, Segundo-Ortin moves on to discuss a development in ecological psychology that can expand what counts as goal-oriented attentional focusing:

“One key innovation of SIF [the Skilled Intentionality Framework] is the idea that affordances are not relations between properties of the environment and the bodily skills of individuals only. Instead, affordances are understood in relation to ‘forms of life’ – viz., the relatively stable set of practices and abilities shared by the members of a community.”

What this means is that, alongside education of attention, in which learning means improving one’s skill in steering perception toward affordances relevant to chosen ends, there is a complementary process through which the individual builds the skill of identifying affordances related to their communal forms of life, i.e., the canonical affordances presenting actions only made possible thanks to info contained in the norms of their community. The set of socio-cultural norms applicable to any given form of life will correspond with a specific range of canonical affordances unique to it, accessible to anyone with the proper skills to access them. As Segundo-Ortin writes, “Situated normativity refers to our capacity to reliably participate in social norms, acting in ways that are appropriate, but without having to deliberate about the norms themselves. Skilled intentionality makes situated normativity possible.” The phrase “skilled intentionality” entails the idea that intentions are learned, alongside the practice of attention, meaning individuals will learn not only how to best navigate the perceptual field for whatever affordances they happen to desire, but will also learn what kinds of affordances are accepted in different contexts in their society.

“It follows from this view that it is a mistake to try to find out the basis of our perception of affordances in the available perceptual information only. The table, understood as a singular object, is the same whether it is located in the office or my house, and the information that specifies climbability is equally present in all circumstances. What changes, I hold, is our tendency to seek this information in different situations, and this tendency is constrained by our previously educated intentions. Therefore, I do not perceive the office tables as climbable because I do not pay attention to the information that specifies this action, but the reason why I do not pay attention to this information is that, when I am at the office, I do not intend to climb on the tables. My intentions have been normatively shaped, and this is reflected in how I perceive the environment’s affordances.”

While ecological psychologists have spent more time analyzing the education of attention, the ways people learn to recognize and respond to the perceptual cues most useful for engaging with the affordance they seek, Segundo-Ortin proposes such processes need to be thought of as intricately connected with their learning of intentionality, of which affordances are seen as appropriate to pursue and execute depending on local context, including social roles of the individuals involved.

Segundo-Ortin explains the interconnectivity of the two learning processes, writing “to educate our attention we must be committed to performing a particular action, and it is only in the context of this intentional action that we can evaluate whether our attention (i.e., our capacity to control the information we detect and the affordances we perceive) is improving.”

To illustrate this point, Segundo-Ortin introduces the idea of guided participation, a term initially coined to stress how social learning frequently occurs in specific contexts as a socially situated and embodied process, rather than purely by explicit instruction and repetition. Guided participation happens when neophytes take on new social roles and responsibilities, starting by simply observing role models, then imitating them, and eventually beginning to take on duties—always in the presence of supervising community members who provide feedback.

Segundo-Ortin describes how experts of the given community, through guided participation, develop a “field of promoted action,” a range of affordances that members of the community engage with due to consistent reinforcement by the others. While it may be possible for some specific set of norms to be articulated, reflected upon, and/or debated, people actually educating their intention via such social learning processes may never do so; if this is accurate, it may support the possibility that socio-cultural norms can impact the actions people engage in and affordances they perceive without needing to be stored semantically as a mental representation.

At this point in the article, Segundo-Ortin turns to ask, if not these kinds of internal representations, what do we learn when we learn to abide by norms? To answer this, he enters into a discussion of habits, clarifying he will specifically take from the formulation of habit found in the works of John Dewey. Habits, for Dewey, are not entirely mechanistic and determined but rather include strong dispositions toward preferring to engage in certain intentional activities, alongside a developed perceptual sensitivity.

“Thus, when we acquire a habit-based preference for certain action, we also learn to perceive the world in accordance with it: The perceptual information that is relevant for the actualization of this habit becomes more easily perceivable, in the sense that we are predisposed to pay attention to it. Habit-based preferences for particular actions are thus accompanied by attention habits toward certain specific information.”

Other than these qualities, Dewey’s account of habits considers them always to have social origins of some kind; plus, he supported the existence of habits in terms of intellect and thought. Using this account, Segundo-Ortin comes to his conclusion.

“I hold that appealing to habit-based preferences (education of intention) and attention habits (education of attention) allow us to explain ‘why some individuals, but not others, regularly perceive and exploit certain affordances in certain contexts’ without compromising the hypothesis of direct perception.”

Overall, in this new article, Segundo-Ortin identifies a process of learning applicable in accounts of direct perception, namely the education of intention, whereby individuals learn what environmental affordances are recognized as appropriate for them to take given their social role and cultural context. This process runs parallel to the education of attention, with which people learn to locate information more efficiently regarding affordances but without normative judgments.

People engage in educating their intention when they participate in social roles in their communities, meaning these learning processes are situated in the contexts of specific social practices. When people alter their behavior to mesh with socio-cultural norms after learning about them, this is not indicative that they have internalized the norms as mental representations. Rather, Segundo-Ortin claims we make these changes as we develop habit-based preferences and attention habits; therefore, our perceptions of the world can be direct while also being influenced by the guidance of norms.