From the People With Disabilities Foundation: “People With Disabilities Foundation obtained a judgment against the Social Security Administration (SSA) in federal court in the Northern District of California because the SSA illegally used plaintiff’s right to decline ingesting psychotropic medications to find her ‘not disabled’ for social security disability benefits. This has been and remains an important disability rights issue also applying to inpatients for at least the last 50 years.

At the hearing before the SSA administrative law judge (ALJ), plaintiff’s testimony about her major depressive disorder and post-traumatic stress disorder, and the clinical record substantiates treatment notes from two treating psychologists and one psychological consultative examiner.

Plaintiff’s position is she has not pursued medication to relieve her symptoms due to a general sensitivity to medication and a family history of adverse reactions to antidepressants.  As an alternative to drugs, she has used psychotherapy.

Plaintiff argued that the ALJ committed legal error by discounting her symptoms because of her refusal to take psychotropic drugs without also addressing her explanation for such refusal. The federal judge agreed.” 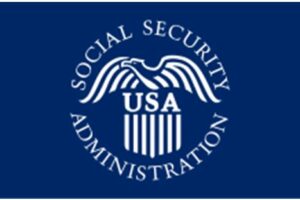