These days, government, academia, nonprofit, and news media reports on the youth mental health crisis are released on the regular—a crisis made worse by the pandemic. They appear in my inbox, news alerts, and Twitter feed, and I make a point to scan them all.  I discussed one of them, the US Surgeon General’s youth mental health advisory, in our podcast with child psychiatrist Elia Abi-Jaoude a few months back.

Since then, there’s been “America’s School Mental Health Report Card,” a state-by-state assessment of public school services and policies that found most states are “underperforming.” More recently, there was the CDC’s 2021 “Adolescent Behaviors and Experiences Survey.” Among other things, the survey found that nearly half of teens felt hopelessness, one-fifth had considered suicide, and more than half said they experienced emotional abuse at home.  On the plus side, such reports help qualify the nature of the problems and quantify their scale, and sometimes even provide blueprints for action whose recommendations can then be debated.

Meanwhile, recent news media coverage of the trend puts real faces on the statistics by telling personal stories of children who have died by suicide, like this long feature in The New Yorker and a new series in The New York Times, “The Inner Pandemic.” However, like many such deeply reported articles, they struggle without much success to understand the “why” of the crisis. (A notable exception is the Times’ video “Worried Sick,” which offers new insights and even some hope.)

Most of these stories, and the alarming national reports with ambitions that will take years to implement, leave me with a sense of despair and frustration. They typically call for more of the same old thing to be done at the institutional level: ensure people are diagnosed and treated via more funding, more screening, more providers, and easier access to mental health services. At the personal level, they encourage more help-seeking– kids should tell someone, preferably a trusted adult, about their emotional struggles. Or they tell parents they should monitor their kids for signs of “mental illness” and encourage them to talk about their feelings.

But telling someone about suicidal thoughts can have unintended consequences. One is less-than-helpful involuntary treatment that can alienate youth from the system altogether. The other is loss of privacy and choice, as journalist Rob Wipond documented for MIA last fall: Crisis lines, like the heavily promoted National Suicide Prevention Lifeline, may trace your call and might report you to the police. 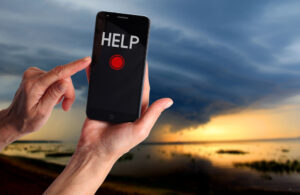 So where are the non-pathologizing, on-the-ground, grassroots solutions, here and now?

They exist. In February, MIA started the Suicide Hotline Transparency Project, which includes a directory of lines that do not trace or intervene without consent, a public poll, and an open call for art. As part of that initiative, our staff has been interviewing leaders from the peer-support community about alternatives to conventional crisis hotlines—places where youth or anyone can call for a listening ear focused on being-with and problem-solving rather than “risk assessment.”

You can listen to or read their podcasts with Vanessa Green, founder of Call the Blackline, here, and with Sera Davidow, who talks about the Wildflower Alliance’s peer support warmline, here. And I encourage you to check out Karin Jervert’s talk with Jahmil Roberts and Yana Calou of Trans Lifeline, which debuted today, April 27. The Lifeline is vital because it provides a safe space to talk about the unique concerns and needs of trans and nonbinary youth. Research shows these individuals struggle with suicidality at rates higher than cis-gendered young people, often due to marginalization and bigotry. So do LGBT+ adults (meaning moms, dads, grandparents… and for similar reasons).  These are resources your child, or you, can turn to in moments of crisis.

I’d love to hear about other crisis resources we might not know about; feel free to email me at [email protected].

The Healing Power Of Emotion Coaching