Mad in America has previously covered the case of Marci Webber. In 2012, she was found not guilty by reason of insanity for killing her daughter while in the grips of a psychosis that she and her therapist say was brought on by the cocktail of psychiatric drugs she was on. Since then, she has been locked up in Illinois mental hospitals. In 2019, a judge ruled that she no longer met the criteria for being locked up, as she had not been psychotic since withdrawing from the medications in 2013, and should be granted a conditional discharge. However, because she refuses to take any more psych drugs, staff at the hospital have fought her release and essentially gotten her re-incarcerated. She now has a Facebook page that tells of what it is like at Chicago-Read Mental Health Center where she is locked up, called The Truth About Marci Webber. 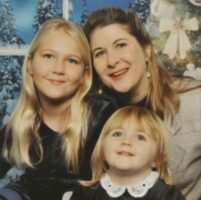