From Nature: “One in four Australian medical researchers involved in drug trials failed to declare money they had received from pharmaceutical companies when submitting journal manuscripts, a study reports.

. . . The research, published in the Journal of General Internal Medicine this month, is one of only a few studies outside the United States to examine discrepancies between drug-company payments made to health professionals and author disclosure statements.

. . . The results are sobering and similar to those from US studies, which ‘suggests that the fundamental problem of conflict-of-interest non-disclosure is a persistent one’ in clinical research — evident across journals, across countries and over time, says James Baraldi, a neuroscientist at the University of Pittsburgh, Pennsylvania.

. . . Undeclared financial ties are especially concerning in drug trials, in which transparency is paramount given the deep-rooted influence of pharmaceutical-industry funding that can sway prescribing practices and distort research outcomes, adds Mintzes.

. . . Despite [public scrutiny in the United States], evidence suggests that medical researchers are continuing to under-report conflicts of interest, which undermines integrity in science, says Cameron Taheri, a physician-researcher at the University of Calgary in Canada. A 2021 meta-analysis of mostly US studies, led by Taheri, found that, on average, two-thirds of clinical-trial authors omitted at least one financial conflict in published works.

. . . Mintzes says the results probably underestimate the extent of under-reporting of conflicts of interest because the analysis relies on the industry-run Medicines Australia database, which collates payments. Only member companies of Medicines Australia are required to report funds paid to health professionals. And meal expenses — small but influential outlays that make up the bulk of drug-industry payments — and research funding are not included in the association’s reports.” 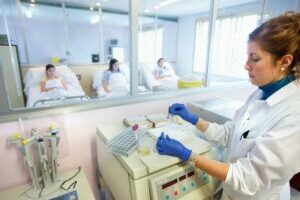