An article published in the journal Frontiers in Sociology applies a Marxist analysis to the mental health system. The author, the British psychiatrist Joanna Moncrieff who is a leading figure in the Critical Psychiatry Network, argues that we must resist biomedical explanations of mental distress in favor of economic and political ones. Ultimately, she believes that in order to tackle mental health issues, we need to tackle sociopolitical and economic problems because capitalism and the mental health system are fundamentally intertwined.

“The analysis starts from the position that mental health problems are not equivalent to physical medical conditions and are more fruitfully viewed as problems of communities or societies. Using the example of the United Kingdom, it traces how a public mental health system evolved alongside capitalism in order to manage the problems posed by people whose behavior was too chaotic, disruptive, or inefficient to participate in a labor market based on exploitation,” Moncrieff explains.

“The system provided a mixture of care and control, and under recent, Neoliberal regimes, these functions have been increasingly transferred to the private sector and provided in a capitalistic manner.” 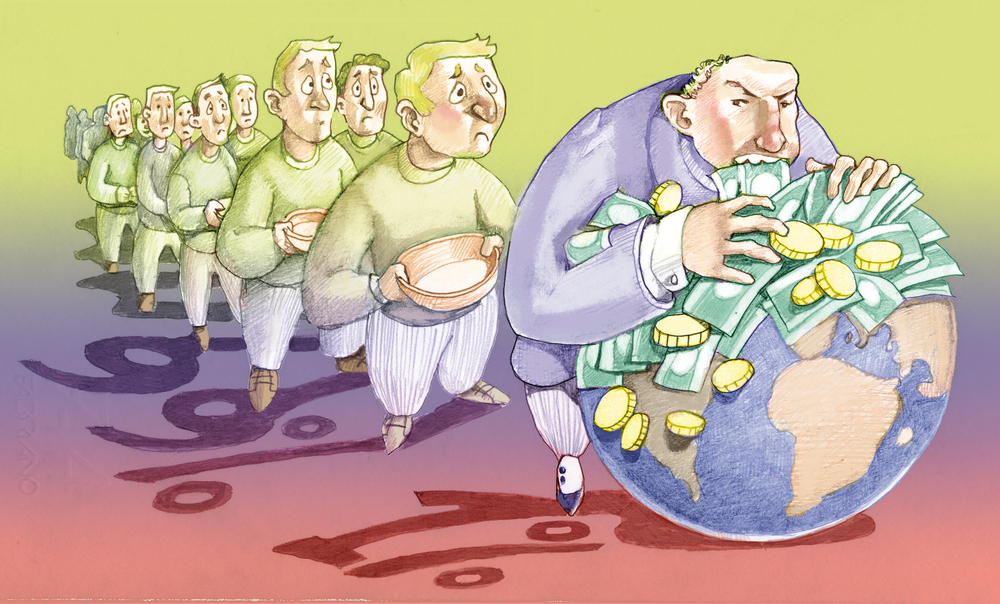 Scholars have long pointed to the mutually beneficial relationship between capitalism, market forces (including Big Pharma), and the mental health paradigm, which privileges individualistic treatments and biomedical explanations for human distress.

Many of these thinkers view mental suffering as impossible to disentangle from material realities and issues of power, wealth inequality, disenfranchisement, and other forms of social disadvantage. Even the United Nations has jumped on board with at least some of these ideas, proposing a move toward understanding mental health through the lens of “social determinants of health.”

The author of the current article has also written a blog post for MIA, exploring her article and some of its implications, which can be found here.

The current article analyzes the relationship between capitalism and the mental health system through a Marxist analytic frame. Moncrieff notes that there have been efforts for decades now to bring attention to how the mental health system supports capitalism and ultimately disguises social, political, and economic sources of distress by placing the onus on the individual or their biology. Despite that fact, the mental health-capitalism-pharmaceutical complex rages on. She argues that in order to make changes, we need to understand what’s happening from a materialist and economic perspective.

Moncrieff first notes that the quest for biological markers of mental disorders has failed to find convincing evidence and that there are numerous problems within these research programs:

She also notes that one of neurobiology’s most consistent findings—that people with schizophrenia have “smaller brains and larger brain cavities”—has been troubled by more recent findings that this is due, at least in part, to antipsychotic medications.

Rather than view these instances of human suffering as biological abnormalities or pathologies, she suggests that we try to understand them in context, as “problems of communities or societies.”

“Disturbed and disruptive behavior is not just a social nuisance; however, it potentially affects the processes of production that form the basis of modern societies. The individual who is acutely paranoid or severely depressed, for example, is unlikely to be able to work, or at least to work efficiently, and family members, too, may be prevented from working because of the disruption caused to their lives.

Moreover, someone who is severely mentally disturbed may frighten and upset those around them, preventing people from feeling secure and motivated enough to satisfy the requirements of labor, and potentially jeopardizing the whole system of modern production.”

In other words, it is not just a particular form of social tidiness or naked attempt at control that is at stake in wanting to remove “undesirables” and “deviants” from sight; but in fact, the mental health system has a direct relationship with capitalist economies and the labor pool.

Discussing the relationship between capitalism and welfare services, Moncrieff states:

“[It] contributes to the social reproduction of the capitalist system by ensuring that there is a supply of healthy, educated and disciplined workers.”

And that welfare services also function in a way that “ensures social harmony, by providing for the old and sick and sustaining those who will never enter the workforce, for example. [It] can be viewed as a means of legitimation of the system, since, by preventing people from dying on the streets, they ensure the continuation of capitalist relations of exploitation and domination through hegemony rather than force.”

On the topic of work conditions and worker satisfaction within capitalism, Moncrieff argues that people work harder under neoliberalism than they did in the past. Their “output” and “performance” are also “constantly scrutinized,” and of course, many people face high levels of job precarity.

She states that for these and other reasons, it’s no wonder that many workers are facing low morale, existing in a culture of “fear and blame,” and ultimately experiencing a number of distressing mental conditions:

“Competition, the basis of the capitalist system, creates winners and losers. Fear of failure is, therefore, a constant source of anxiety for the modern individual, and failure itself so often the precipitant of the demoralization and hopelessness that is called depression.”

“This analysis suggests that the mental health system can be understood as part of a wider system of social reproduction through which modern societies produce a fit, capable and amenable workforce and ensure social harmony. The particular means of social reproduction depend on the economic and social form that each society takes.”

“The transformation of post-industrial populations into mental patients represents the economic and social marginalization of a large segment of society. Rejecting the medicalization of so-called mental health problems is a necessary step in revealing some of the fundamental contradictions of capitalism and laying the groundwork for political change.”