From The New York Times: “At least 37 states now have laws on the books that allow parents, police or concerned others to petition courts to compel rehab for people through civil commitment if a judge deems them a threat to themselves or others.

Twenty-five such laws were passed or expanded between 2015 and 2018 alone, according to a recent investigation by The Intercept, and this growth continues. This month, Massachusetts proposed an increase in funding to its civil commitment program for addiction, bringing it to about $23 million. In March, Gov. Gavin Newsom of California proposed a new system of ‘CARE Courts,’ to expand civil commitment for homeless people with schizophrenia and often addiction.

But voluntary rehab has a better track record and is less likely to harm the people it is intended to help. Criminalization and coercion have helped create a patchwork of addiction programs that is harsh, low quality, underfunded, understaffed and too often fraudulent. Since legally mandated care is often the only way to get immediate and free treatment, a damaging cycle continues.

To do better, the United States needs more evidence-based treatment. And since the data shows that the best treatment is compassionate and inviting, coercion should be the last resort, not the first.” 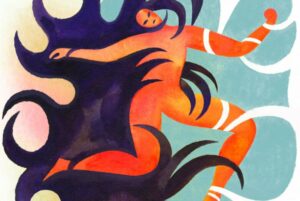