In a new study in Translational Psychiatry, researchers write that they have developed a blood test that can identify those who will die by suicide, and even tell the difference between them and others with a major depressive disorder diagnosis.

The researchers write, “Our results strongly suggest that blood gene expression is highly informative to understand molecular changes in suicide. Developing a suicide biomarker signature in blood could help health care professionals to identify subjects at high risk for suicide.”

If their data supports this claim, this would be a striking breakthrough—a true blood test that could accurately identify who’s most at risk. No need to do a psychological assessment for all of the factors linked to suicide—feeling lonely, burdensome, recent loss of a job or a loved one, etc. Instead, a simple blood test that can tell if you’re going to die by suicide soon.

In addition to just being able to tell who will die soon, the researchers also claim their results could lead to drugs that prevent suicide—no need to help people reconnect with others, improve their self-esteem, or get meaningful employment:

They write, “Genes identified as dysregulated in suicide could be potential targets for future pharmacological interventions to prevent suicide in MDD patients.” 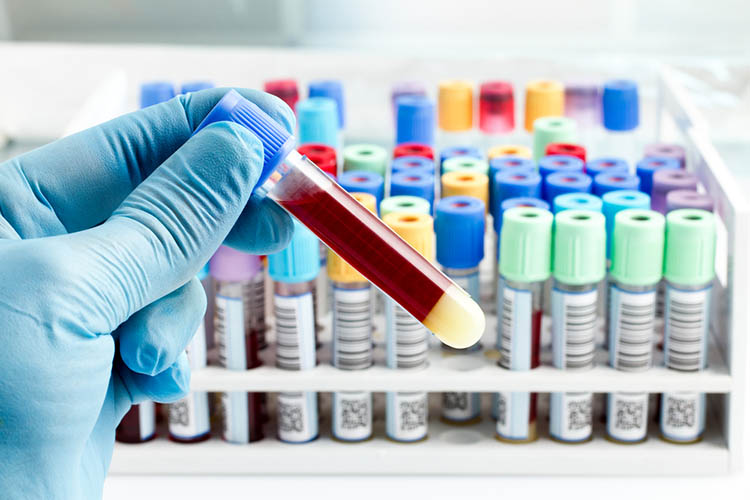 The data, though, presents a much more murky picture. For one thing, it’s quite a small study: in total, they were able to analyze the blood from 19 people who died by suicide, 18 with MDD who died from other causes, and 16 without a psychiatric diagnosis who died from other causes. The researchers also acknowledge that their results are “preliminary” and that they used “exploratory” statistics—more liberal definitions of significance than usual. Thus, they write, their findings require replication by other researchers before they are actually considered usable.

So, what did they find? 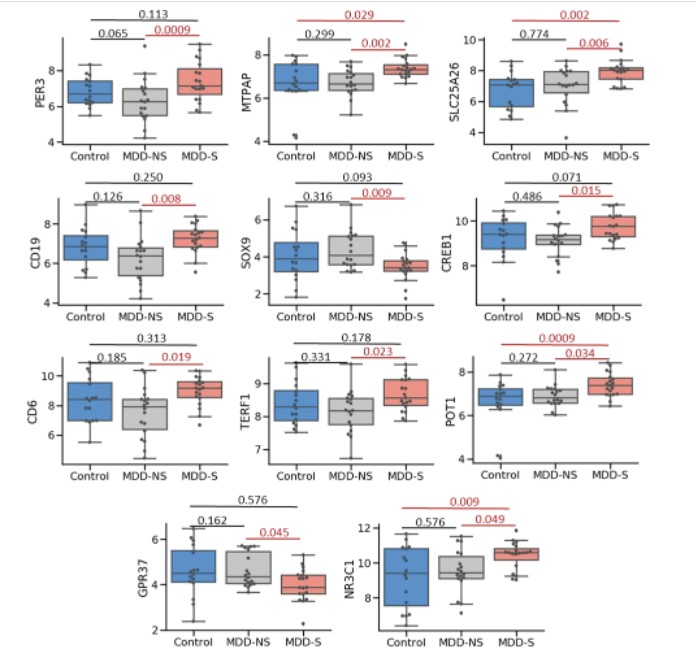 The important aspect to pay attention to in this graphic is the black dots, each of which represents one person. What these graphs demonstrate is that although the findings may be statistically different, in every group, almost every single biomarker overlaps with that of someone from a different group.

Let’s take a closer look at one biomarker, chosen at random: 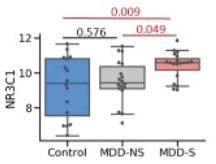 What we see here is that the “healthy” controls (on the left) had a wide variety of scores on this biomarker (hence the longer vertical black bar), while people with the MDD diagnosis who did not die by suicide (the middle) had a slightly tighter grouping of scores. People with the MDD diagnosis who died by suicide (on the right) had the tightest grouping of scores. These scores, on average, were statistically different, because those who died by suicide were slightly more grouped up at higher scores. But each individual score of those in the rightmost group overlaps with an individual score from one of the other groups.

That is, if you measured this biomarker for someone, it would tell you very little—usually nothing—about which group they were in.

(The exception is a few extremely low scores in the control group—but again, with so few participants, it’s unclear how seriously to take those three low scorers on this particular biomarker. They could easily be statistical outliers.)

But even if these findings were to be taken seriously, what they come down to is a finding that those who died by suicide were under extreme stress, which should not be surprising. The biomarkers that were elevated were mostly related to stress:

This implies that people who are under extreme stress are more likely to die by suicide. One obvious solution, then, might be to alleviate the stressors people are experiencing.

However, the researchers suggest something else: that the biological systems responsible for conveying stress are to blame. Thus, more research should be devoted to these biological pathways:

“Future studies in large clinical populations investigating these systems might help in the identification of acutely suicidal MDD patients.”