From Dr. Gabor Maté: “Recent news should alarm all but the most complacent observers of today’s youth scene. In Toronto, two teenagers have been stabbed to death by their peers in the past few weeks, one just outside his own home as he tried to prevent some party-crashers from entering. Also in Toronto, three adolescents are on trial for the killing of a 12-year-old boy, the younger brother of one of the accused. The police officer who arrested two of them testified that, on being apprehended, they ‘seemed unconcerned . . . they seemed, uh, cold.’

Such events, still shocking if no longer unusual, bespeak a deep current of aggression in present-day youth culture and also an emotional detachment that has drained many young people of healthy human reactions.

The killings, beatings and bullying reported by the media represent only the tip of the iceberg. Aggression takes many other forms: Violent and dismissing language — ‘dissing’– is a widespread manifestation. Less common but rapidly burgeoning is violence directed against the self, as in self-inflicted knife wounds or cigarette burns. One expert on self-harm speaks of kids getting together in ‘cut-of-the-month’ clubs. ‘Our school is known for cutting,’ a Toronto teenager told The Medical Post, with a nonchalant demeanour.

What are the sources of the aggression and of the emotional shutdown? Why would young people carry potentially lethal weapons, let alone use them on each other or on themselves?

We need to look beyond facile explanations that blame parental permissiveness or a failure of moral teaching or even the glamorization of hostility by the entertainment industry. We need to look at the lives of today’s children and adolescents and, above all, at what’s missing in their lives.

The engine of aggression is frustration. Behind every violent act, word or feeling is pent-up frustration, unrecognized, undeclared but powerful. The adolescent erupting in hostile speech or behaviour either against himself or others has no clue about the nature of his frustration or its basic causes. The immediate target is incidental.

The young man trying to protect his home did not create the violence that killed him. The knife wielders most likely had no personal hatred toward him; perhaps they did not even know him. Their murderous frustration when he barred their entrance welled up from they knew not where.

Frustration is the primitive human response to not getting one’s way, especially to not having one’s essential needs satisfied.

Violence is a measure of immaturity, endemic in our teen population. And immaturity has the same root as the bitter frustration that accompanies it — the unmet emotional requirements of youth deprived of nurturing adult contact. American poet and social critic Robert Bly has aptly referred to ‘the rage of the unparented.’

The rise in youth violence has followed a phenomenon that Vancouver developmental psychologist Gordon Neufeld calls peer orientation. Peer-oriented kids look not to adults, but to each other for the satisfaction of their emotional needs and for cues on to how to be, how to look and how to act.

Peer orientation is the result of an unprecedented social breakdown: the erosion of the attachment nexus in which child development ought to take place. We no longer live in villages, tribes, communities, neighbourhoods where adults mentor and raise children. The extended family is, for many kids, geographically or emotionally distant. The nuclear family is itself under extreme stress, as indicated by high divorce rates.

Economic pressures for both parents to work deprive children of the active presence of adult connections for much of the day, a lack our ill-funded and ill-conceived daycare system is unable to compensate for. Into this void steps the peer group, with disastrous results. ‘Kids were never meant to nurture one another or to be role models for one another,’ Dr. Neufeld says. ‘They are not up to the task. It’s the immature leading the undeveloped.'” 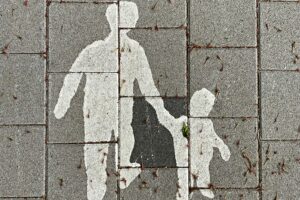