From Surviving Psychiatry: “Sanctioned forms of ‘treatment’ – the ones your psychiatrist will tell you about – are often one-size-fits-all,  based on the assumption of pathology, and centred on ‘fixing.’ That is, they ultimately inhabit a philosophy of conformity, individualising, personalising, and pathologising.

. . . How convenient that people with ‘Borderline Personality Disorder’ are known to be – what shall we call it? – non-compliant? If you don’t obey the rules, or, God forbid, don’t want to obey the rules, then it can be explained by your disorder. You are always already problematic. So you complain about or critique the ‘treatment’ on offer? Of course there is no issue with the treatment itself, but with you. The object of scrutiny is always the ‘patient’ or the ‘client,’ never the professional or the framework of scrutiny itself . . . The medical model places ‘professionals’ at the top of the pyramid, handing down treatments to the sick that are ‘evidence-based’ and, really, ‘for their own good.’ All you have to do is look at some of the forums on https://forums.studentdoctor.net and you will be startled by the objectification with which ‘professionals’ speak about their ‘patients,’ the authoritative discourse they perform, and the ignorance of diversity with which they are inculcated in their profession.

. . . It makes me think you mustn’t . . . take my PTSD from medical malpractice seriously. To be in a situation where I am potentially invalidated by professionals moment after moment, to be lectured by the same people who were supposed to care for me last year, to be told again and again that I need to change my own reactions, is damaging. Are there any viable healing options for those of us who have been abused and spat out by the system? No, not unless we find them for ourselves. It is dangerous and re-traumatising. I’m sick of you. I still have not received a real apology . . . And the fact that you recommended [DBT] feels like you are pro-client-blaming, pro-condescension, pro-conformity. Scary . . . After my experiences last year I am cynical for my own safety, my own survival. You will not take that from me.

. . . If I could just get to know the people [in group] and not have to fill in little tables or be taught what I am doing wrong and how to fix myself, it would be bearable. In other words, the professionals get in the way of true healing. We need to form our own communities and receive support from people who have really been there . . . For me, online interaction, opening up and sharing my own experiences and views with people who truly understand, has been nothing short of life-changing. But professionals don’t suggest, encourage, or even understand online interaction as a means of deep healing. It was not even recommended to me to try free support groups for people with anxiety, and these have been some of the most helpful and empowering experiences of my life. By personalising ‘disorders’ and ‘recovery,’ and actively discouraging patient-to-patient communication and advocacy, professionals hitch themselves to the status quo. They do not want us talking to each other online, where alternative modes of healing blossom. They do not want us ‘getting worked up’ about our experiences of ‘illness,’ or to realise that these experiences are always already political. Once we realise that, we are less compliant.

. . . The lack of critical thinking when it comes to psychotherapy in general, the erroneous notion that therapies such as DBT are backed up by evidence, and that they can be matched to ‘disorders’ as effective treatments, means that when we do criticise them, the problem seems to lie with us, rather than the status quo or the people who promote it. When I posted on Instagram that I found DBT tedious and patronising, I was swamped by people who told me I was wrong, needed to do it differently, properly, was not giving it a good chance, and even, by one person, that I was a narcissist, believing I was perfect and had no flaws because I knew it did not suit me. This happens with a lot of subjects on mental health, but the reaction to my reaction to DBT was especially stark and invalidating . . .

. . . most research from ‘clinical psychology’ does not take people with diagnoses of BPD and their experiences of DBT as legitimate sources of understanding of the therapy’s efficacy and potential harm. They take the diagnosis of BPD for granted as a valuable category and impetus for ‘treatment.’ They do not acknowledge the damage done by labelling those who have suffered consistent emotional invalidation and likely trauma of various kinds as ‘suffering’ with a ‘personality disorder.’ The idea that the ‘DBT clinician’ is the ‘master’ who holds the authority to assess individuals’ emotions, experiences, and coping strategies, and to ‘fix’ them is, as a premise, utterly disempowering.

. . . DBT aims to be . . . a long-term treatment program for the most ‘messed up’ of people, who are chronically suicidal, and have used coping strategies – such as physical pain or drawing blood or using drugs that aren’t doled out by Big Pharma – that are not socially acceptable . . . its personalising and blaming ethos is completely wrong for most people who have been labelled with ‘BPD.’ As one analysis notes, referencing the founder’s own concessions, ‘Linehan has suggested that DBT leads to only short-term change in selected target symptoms, but scores for suicidality, depression, hopelessness and reason for living remain no different from those of control groups. In addition, data suggest that even DBT’s short-term gains tend to degrade over time.’ Most of the studies that suggest DBT’s efficacy have been carried out by Linehan and her associates. A 2017 study also claimed that no therapies ‘have found such popular appeal and encouragement by the professional guilds of psychiatry and psychology’ as DBT. This study almost completely discredits the claims made by mainstream psychology that DBT is an effective therapy . . . For such a costly, lengthy, and ‘intensive’ program requiring substantial labour on the part of clinicians and patients, such minimal results are surely worrisome. As Reddy and Vijay conclude, ‘the review of [DBT’s] research and discussion of its limitations show that the empirical reality is very different from its reputation and popular exaggeration.’ Similarly, ‘Follow-up of Linehan’s initial studies shows high dropout rate and loss of efficacy over time.’ However, if you are diagnosed with BPD and you drop out of the course, just know that you will be blamed for not being able to commit, and if you ‘relapse,’ it is also on you.

. . . Without allowing ‘patients’ to address the wider context of their distress, DBT fails as a long-term therapy and works more as a mask determined to alter individuals’ behaviour without rationale . . . While many may be also participating in individual therapy and trauma processing, the premise alone of DBT undermines the extent of this suffering by assuming that behavioural change is the most important marker of ‘health’ and that it is the individual’s responsibility. Indeed, most of us who take part in DBT know these ‘skills’ inside and out, and are intelligent enough to find them insultingly obvious. I am surprised that professionals still recommend DBT to people whose personalities are completely unsuited to such a directive, authoritarian model. Likely, this is because such personalities are read as non-compliant and, indeed, as typifying a ‘BPD presentation.’ Apparently, the answer is to set more rules and boundaries, and dismiss the person’s concerns as part of their ‘illness.’

. . . Imagine going through skills day after day, week after week, for a year, in order to be a ‘normal’ member of society, in order to simply ‘function.’ Based on this reactionary . . . idea of what ‘normal’ and ‘functioning’ is – no thank you. I don’t want to sit in a classroom and hear how I have to compensate for broader society’s lack of compassion, discomfort with intense emotion and pain, and inability to recognise symptoms of trauma. You should be learning this.” 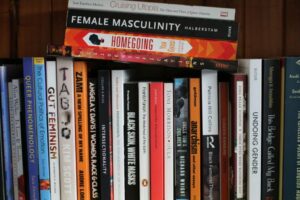