From Alice Miller: Child Abuse and Mistreatment: “We tend to associate the word ‘hatred’ with the notion of a dangerous curse we need to free ourselves of as quickly as we can. An opinion also frequently voiced is that hatred poisons our very being and makes it all but impossible to heal the injuries stemming from our childhood. I take a very different view of this matter . . .

I too believe that hatred can poison the organism, but only as long as it is unconscious and directed vicariously at substitute figures or scapegoats. When that happens, hatred cannot be resolved. Suppose, for example, that I hate a specific ethnic group but have never allowed myself to realize how my parents treated me when I was a child, how they left me crying for hours in my cot when I was a baby, how they never gave me so much as a loving glance. If that is the case, then I will suffer from a latent form of hatred that can pursue me throughout my whole life and cause all kinds of physical symptoms. But if I know what my parents did to me in their ignorance and have a conscious awareness of my indignation at their behavior, then I have no need to re-direct my hatred at other persons. In the course of time, my hatred for my parents may weaken, or it may resolve itself temporarily, only to flare up again as a result of events in the present or new memories. But I know what this hatred is all about. Thanks to the feelings I have actively experienced, I now know myself well enough, and I have no compulsion to kill or harm anyone because of my feelings of hatred.

We frequently meet people who are grateful to their parents for the beatings they received when they were little, or who assert that they have long since forgotten the sexual molestation they suffered at their hands. They say that in prayer they have forgiven their parents for their ‘sins.’ But at the same time, they feel a compulsion to resort to physical violence in the upbringing of their children and/or to interfere with them sexually. Every pedophile openly displays his ‘love’ of children and has no idea that deep down he is avenging himself for the things done to him as a child. Though he is not consciously aware of this hatred, he is still subject to its dictates.

Such latent hatred is indeed dangerous and difficult to resolve because it is not directed at the person who has caused it but at substitute figures. Cemented in different kinds of perversion, it can sustain itself for life and represents a serious threat, not only to the environment of the person harboring it, but also to that person him/herself.

Conscious, reactive hatred is different. Like any other feeling, this can recede and fade away once we have lived it through. If our parents have treated us badly, possibly even sadistically, and we are able to face up to the fact, then of course we will experience feelings of hatred. As I have said, such feelings may weaken or fade away altogether in the course of time, though this never happens from one day to the next. The full extent of the mistreatment inflicted upon a child cannot be dealt with all at once. Coming to terms with it is an extended process in which aspects of the mistreatment are allowed into our consciousness one after the other, thus rekindling the feeling of hatred. But in such cases, hatred is not dangerous. It is a logical consequence of what happened to us, a consequence only fully perceived by the adult, whereas the child was forced to tolerate it in silence for years.

Alongside reactive hatred of the parents and latent hatred deflected onto scapegoats, there is also the justified hatred for a person tormenting us in the present, either physically or mentally, a person we are at the mercy of and either cannot free ourselves of, or at least believe that we cannot. As long as we are in such a state of dependency, or think we are, then hatred is the inevitable outcome. It is hardly conceivable that a person being tortured will not feel hatred for the torturer. If we deny ourselves this feeling, we will suffer from physical symptoms. The biographies of Christian martyrs are full of descriptions of the dreadful ailments they suffered from, and a significant portion of them are skin diseases. This is how the body defends itself against self-betrayal. These ‘saints’ were enjoined to forgive their tormentors, to ‘turn the other cheek,’ but their inflamed skin was a clear indication of the extreme anger and resentment they were suppressing.

Once such victims have managed to free themselves from the power of their tormentors, they will not have to live with this hatred day in, day out. Of course, the memories of their impotence and the horrors they went through may well up again on occasion. But it is probable that the intensity of their hatred will be tempered as time goes on. (I have discussed this aspect in more detail in my recent book Our Body Never Lies – The Lingering Effects of Cruel Parenting, Norton, New York).

Hatred is only a feeling, albeit a very strong and assertive one. Like any other feeling, it is a sign of our vitality. So if we try to suppress it, there will be a price to pay. Hatred tries to tell us something about the injuries we have been subjected to, and also about ourselves, our values, our specific sensitivity. We must learn to pay heed to it and understand the message it conveys. If we can do that, we no longer need to fear hatred.” 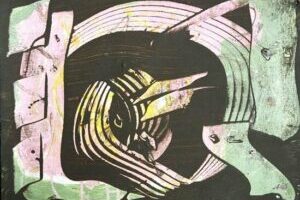