From Psychology Today/Justin Garson PhD: “Depression is a pathology of normal sadness. Psychopathy comes from a deformed amygdala. Delusions come from broken dopamine circuits. The key to healing the mad? Find the dysfunction and fix it—just like you’d repair a defective thermostat or an iPhone dropped in the toilet.

This disease model isn’t new. The unknown author of On the Sacred Disease, penned around 400 B.C., says that people become mad when their brains are too hot, cold, moist, or dry. Nearly 2,500 years later, in 2012, the head of the U.S. National Institute of Mental Health declared flatly that ‘mental disorders can be addressed as disorders of brain circuits.‘

This way of thinking is so entrenched in modern psychiatry that it’s hard to see as just one perspective among others—that is, as a style of interpreting data. We mistakenly treat it as an objective fact in its own right. Mental disorders are diseases. Also, the sun rises every day. Also, tuna fish sandwiches have tuna in them.

Outside the Disease Paradigm

I find it hard to wriggle out of an old paradigm without giving it a name. I’ve named this old paradigm madness-as-dysfunction. It says that when someone is mad, something inside of them has broken down. Something in their mind, brain, spirit, or body isn’t working the way nature intended.

As a philosopher and historian of medicine, I’ve recently identified a very different paradigm, one that’s just as old as madness-as-dysfunction, and that tags alongside it like an annoying little brother. I call this alternative paradigm madness-as-strategy.

Madness-as-strategy holds that some forms of madness are designed responses to the trials of life. They’re not defects, but solutions to existential crises that have haunted our species for thousands of years.

Evolutionary psychologists often flirt with the idea that some mental disorders have a purpose, function, or goal. But what they’ve failed to see is that this view is a modern incarnation of a very old style of medical wisdom, one with its own figureheads and founders.” 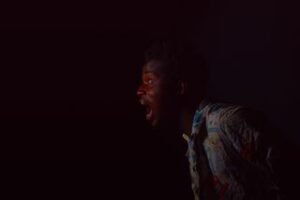