‘Pathological is everything I wish I’d known,’ Fay writes of her 25-year ordeal after a trail of psychiatrists and therapists diagnosed her from age 12 with anorexia, then OCD, then ADHD, followed by generalized anxiety, then major depression, before altering their diagnosis to bipolar disorder.

From there, the battle shifts to whether the correct diagnosis is bipolar I or II, as well as the drug treatments to which she responds best and worst.

Each new diagnosis prompts in Fay, at least, a major rethink of the one preceding it. In her teens and early twenties, she views them as accurate and ‘real,’ even as self-defining: ‘I believed in and accepted those six diagnoses—adopted them, thought in terms of them, identified myself as them, medicalizing my difficulties and discomforts, pathologizing my emotions and thoughts and behaviors.’

But as the consequences of each misdiagnosis escalate, including involuntary hospitalization, the book compels us to ask: What do her doctors keep missing? What did each earlier diagnosis overlook? And, most fundamentally, are the treatments contributing to her mounting problems? These evolve from sensations of ‘cracking’ and ‘splintering’ into racing, ‘belligerent, unrelenting’ thoughts; problems with derealization; intense nausea followed by a ‘brutal Ritalin rebound’; and full-blown bouts of akathisia—agitated distress and restlessness tied to the antipsychotics she is later prescribed, without however experiencing a single psychotic episode.

. . . Although the psychiatrists Fay sees are attentive and well-intentioned, seeking always to lessen her suffering, the scale of their repeated errors does not lead to any professional reckoning, much less to even modest introspection over the damage caused. They remain overconfident to a fault, both in the diagnoses they deliver and switch within minutes and in the drug-based treatments they introduce and phase out with similar heedlessness. From various parts of the book:

— When our time was up, she sighed. Then she told me I had major depressive disorder.

— Dr. R ‘had changed my diagnosis—for the third time.’

‘DSM diagnoses are easy to get and aren’t to be trusted,’ Fay concludes quite reasonably. As throughout, in a memoir published with an index and 32 pages of references, she backs up the assertion with mountains of evidence, this time from the 2005 National Comorbidity Survey Replication and, more recently, the CDC: ‘More than 46 percent of American adults and 20 percent of children and adolescents will receive a DSM diagnosis in their lifetimes.'” 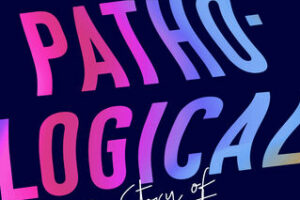