From Pathways to Family Wellness Magazine: “For quite some time, freedom of thought has been under siege within the medical profession. More often than not, the war against new ideas is justified in the name of science. When a discipline like science becomes so certain of itself that it believes it can manage without periodic reexamination of its basic principles, it starts to resemble a doctrine. The more doctrinaire it is, the less receptive to outside input it becomes, and the more it balks at challenges to its authority. In the final analysis, medical science justifies its assertions simply by virtue of the claim that it is science. As a consequence, medicine has become intolerant of freethinking and is quickly falling behind the curve of new paradigm medical theory and practice.

. . . The modern myth of scientific progress posits that science inevitably evolves toward greater precision, certainty, and understanding. We take it for granted that contemporary science provides a more accurate representation of reality than does the science of bygone eras. But this is a highly debatable point that philosophers of science have wrangled over for decades. It is true only in the sense that it applies in a specific and limited way to the material dimension of existence. Science focuses its attention on matter but says nothing about the immaterial—that aspect of our lives that involves purpose, meaning, spirit, and soul. It treats emotion, intuition, imagination, and even psychology as ancillary topics. As far as neuroscience is concerned, consciousness exists only as a byproduct of brain anatomy and function.

Modern science has become increasingly imperialistic, overstepping its bounds and staking claim to basic truths that historically have been the exclusive province of religion, theology, and metaphysics. The message is clear: The only reality is the hard, cold reality of material existence. All else is unscientific, insignificant, and of little relevance to human health.

Modern life is defined largely by the tangible, quantifiable reality that science has mapped out for our convenience, drained of all its symbolic, synchronistic, and spiritual meaning. Our form of medicine is also a reflection of that same influence. Human illness has become a strictly physical event. There is no purpose to suffering; it is merely an inconvenience, a glitch in the biological program that needs to be overridden. By severing consciousness from disease, science believes that it has purged the program of superstition.

When we open our eyes to compare our personal health-related experiences with what medicine teaches us, we begin to realize that something is amiss. Physical medicine is incapable of adequately addressing the deeper causes of illness and the needs of the psyche. We collectively buy into the legitimacy of the external authority of science and medicine, no longer believing our own personal experiences. Medical science is quick to point out that subjective experience cannot be trusted. The rational theories of medicine take precedence over the experiential truths of patients.

I believe that this conflict between scientific knowledge and personal experience is the crisis of our time. The purported unreliability of subjective experience is one of the primary tenets of the scientific method. Science has been waging war against subjective experience for a very long time, and it has taken its toll on Western culture. In the same way that organized religion makes us hesitant to trust personal spiritual truths, medical science has undermined our confidence to make healthcare choices that are in our own best interests.

. . . Western culture has become dangerously alienated from its own spiritual roots. Into this vacuum steps science, functioning as a substitute for religion for many, providing a sense of hope and meaning in an otherwise impersonal and materially impermanent universe. When science fulfills this need, however, it is in danger of becoming just another competing dogma. When science becomes an ideology, it is no longer science; it is scientism.” 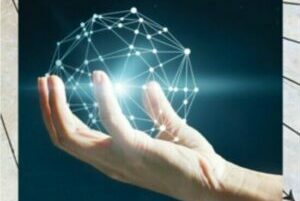