From The Guardian: “School-based mindfulness training does not appear to boost wellbeing or improve the mental health of teenagers, according to research that found many pupils were bored by the course and did not practise it at home.

. . . Mindfulness has become a popular meditation technique aimed at focusing the mind on the present moment, and involves learning how to pay attention and manage feelings and behaviour, to improve resilience in the face of external stressors.

While it has been found to help with the symptoms of depression and anxiety in some studies, researchers from the My Resilience in Adolescence (Myriad) trial found the broad school-based mindfulness offer was no more effective than what schools were already doing to support student mental health with social-emotional learning.

The research was based on a cluster of five studies, carried out over eight years by about 100 researchers working with 28,000 teenagers and 650 teachers in 100 schools. It typically involved teachers learning mindfulness themselves, followed by training in how to deliver it to their students in 10 lessons of 30-50 minutes.

While evidence for the effectiveness of this approach among pupils was ‘weak,’ researchers found it had a positive impact on the teachers involved, reducing burn-out, and also on the general school climate or culture, though these positive effects were relatively short-lived.” 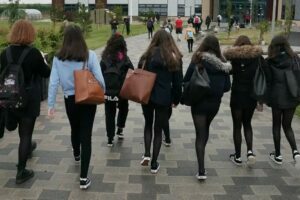