From The Washington Post: “A decade ago, China passed laws dealing with mental illness, seeking to bury the arbitrary practices of the past, when psychiatric treatment was often used as a tool of political control. In 2012, it passed a new criminal procedure code that mandated a judicial review before someone accused of a crime could be involuntarily committed. In 2013, it put into effect a new mental health law that barred involuntary commitment except in cases involving danger to others.

Now, a disturbing new report charges that China’s reform failed and that psychiatric hospitals are still being used for political repression in pursuit of the Communist Party’s overriding goal of maintaining stability. The report, by Safeguard Defenders, a nongovernmental human rights group, is based on 144 sources, mostly victims and families who described forced hospitalization in psychiatric hospitals between 2015 and 2021. The report says this limited sample may be only the tip of the iceberg and concludes that the reform laws ‘did not bring about any substantial improvement to the systematic political abuse of psychiatry in China.'” 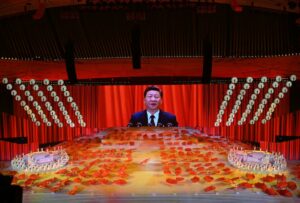