That was promising, but we didn’t have any plan for helping additional affiliates spring up. However, I was traveling quite a bit at that time, meeting people—professionals, psychiatric survivors and others with lived experience—who were engaged in “critical psychiatry” efforts, seeking to foment change both locally and internationally, and thus, one affiliate turned into two, two into three, and now today, with the launch of Mad in Ireland, the number of MIA affiliates has grown to 11.

For the longest time, each affiliate functioned without any real interaction with other affiliates, and to be honest, without much interaction with us. We would host the site and provide the affiliate with software designed for a webzine, and help with the launch, but that was pretty much it. The affiliates produced their content, and often even managed technical difficulties that arose. Our thought was that an affiliate site for a named country—Mad in Brasil, Mad in Sweden, and so forth—could serve as a voice for change in that country.

But that has now changed.

The affiliate sites are coalescing into an international network of “Mad” sites, with the thought that this network can have a collective impact far beyond the sum of the sites’ in-country effects. As the founders of Mad in Ireland put it, they are eager to join a Mad in the World effort.

We now have monthly zoom meetings, where editors at the affiliates tell of their ongoing efforts, struggles, and initiatives. Their relative isolation has been replaced by a feeling of participation in a collective effort calling for a radical change in psychiatry.

The affiliates, of course, have  editorial control over what they publish. There are cultural differences present in the various countries, which influence what the editors think is most important to write about. Moreover, the composition of the editorial teams may differ: several are run mostly by people with “lived experience;” several are run mostly by mental health professionals who are active in reform efforts; and several have a team of editors that bring both types of expertise together. I think every site has at least two people who are active in running it, but team sizes vary dramatically, and Mad in Ireland is launching with one of the largest editorial teams yet.

The one commonality to all the sites is this: We all share a belief that the disease model of care has failed, and we need a new paradigm of care to take its place.

One of the things I have learned during this process is that affiliates in countries with smaller populations, where there is also a history of critical psychiatry efforts, may have the most potential for promoting systemic change. That of course is particularly true if the editorial team has strength in numbers.

Mad in Norway is the best example of this. There has long been a strong psychiatric survivor movement in that country, dating back to the founding of We Shall Overcome in 1968. In addition, Norwegian politics have provided support for other “user groups” to form, and in 2011, these user groups formed a fellowship to lobby for “drug-free” treatment in psychiatry. Four years later, the Norwegian Health Minister ordered the four regional health authorities to develop plans for “treatment measures without drugs.”

Mad in Norway launched in December of 2019, and it has an editorial team led by a diverse group of professional activists and leaders from the user/psychiatric survivor community. Its editor-in-chief, Birgit Valla, won Norway’s “Prize for Promoting Freedom of Expression in Mental Health Care” in 2021.

On a per-capita basis, Mad in Norway has a readership the equal of Mad in America, and in some months, a per-capita readership that exceeds ours (Norway has a population of 5.4 million.) Its podcasts have quickly become popular too. The fact that there has long been a critical psychiatry voice in Norway, one that has had considerable success in effecting change, has provided Mad in Norway with a chance to build up a sizable readership—and thus its influence—relatively quickly.

I write this as a way of introducing Mad in Ireland. It is a country with a smaller population; there is a history of critical psychiatry efforts in Ireland; and  the editorial team is composed of a group of activists that have been leaders in that effort. The ingredients are all there for Mad in Ireland to have an outsized impact. 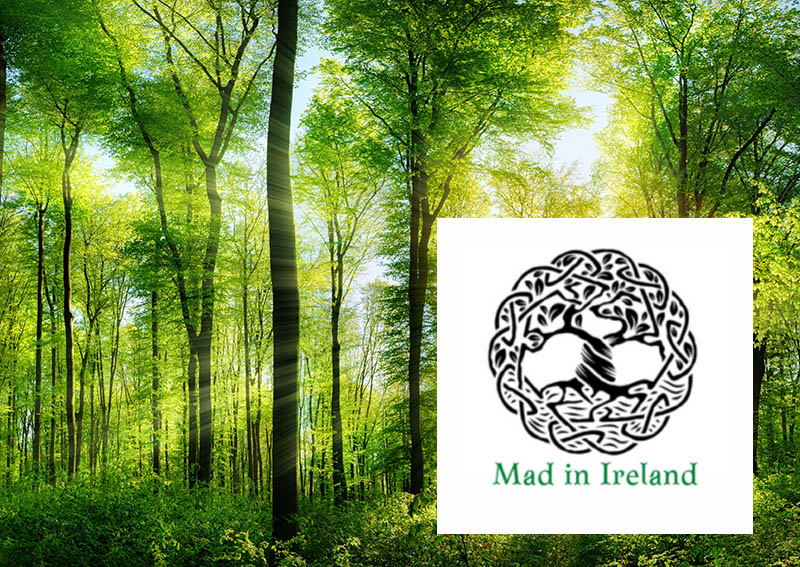 The creation of Mad in Ireland has been in progress for a significant time. That time, however, has been well spent, as it has brought together a governing team of writers, activists, mental health professionals, and psychiatric survivors/peer support leaders, who collectively have years of experience working to change the system in Ireland. They can count numerous successes in that regard too.

Harry Gijbels and Lydia Sapouna are two of the leaders of this group, and they are well  known for their critical psychiatry efforts throughout Europe. Gijbels is a retired mental health nurse, who taught for years at University College Cork in Ireland. Together with Sapouna, who is also on the University College Cork faculty, and a large group of “cross representative activists”, they created Critical Voices Network Ireland in 2010, and have kept it running ever since. Each year, Harry and Lydia organize a critical psychiatry conference in Cork that, in addition to featuring Irish speakers, brings in speakers from other countries that are active in the “critical psychiatry” world.

Líam MacGabhann, a faculty member of the School of Nursing, Psychotherapy & Community Health at Dublin City University, can recount decades of activism in mental health reform efforts, including helping to develop a service user movement in Ireland. He also has played a leadership role in the International  Network Toward Alternatives and Rights-Based Support (INTAR), which held a 2016 conference in Lavasa, India that, in my opinion, proved to be a transformative event. The attendees included representatives from the World Health Organization and the office of the UN Special Rapporteur for Health, Dainius Pūras.  In the wake of that conference, the WHO and Dainius Pūras published reports calling for a revolution in mental health, away from the biological model and towards a “human rights” approach.

The editors of Mad in Ireland can recount a number of innovative programs that they helped create. Their collective efforts include setting up Hearing Voices groups, peer support centers, a “recovery college,” 49 North Street (which turned a day hospital into a welcoming respite), and Sli Eile, which is described as a “social farm” that provides an alternative to hospitalization.

For us at Mad in America, the launch of Mad in Ireland and the growing Mad in the World network tell of a gathering force for a paradigm shift throughout much of the world. At times it can feel like a David v. Goliath struggle, but each time the Mad network expands, it feels as though David is standing a bit taller.

Listen to an interview with the founders of Mad in Ireland: